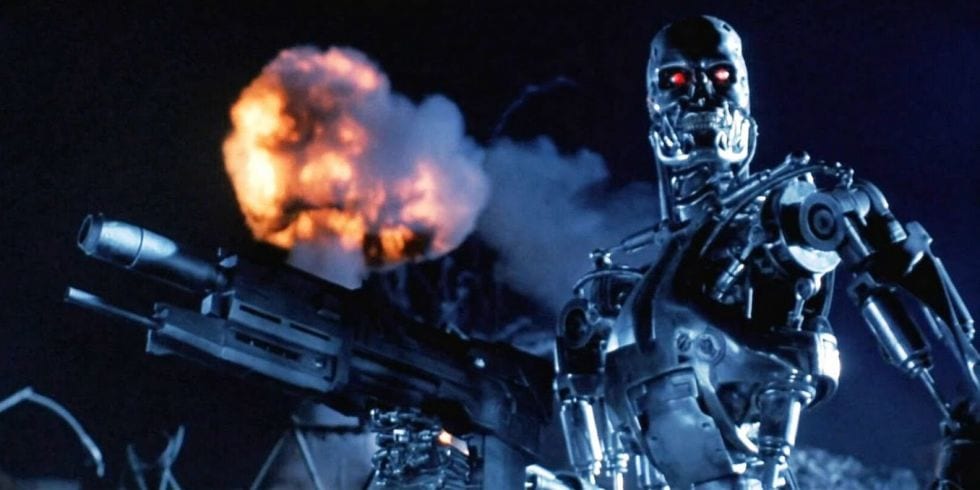 The next installment in the Terminator franchise is set to starting filming this June, according to franchise star Arnold Schwarzenegger in an interview with ‘ArnoldFans’.

“We are starting to shoot Terminator 6 in June to the middle of October, so I am in that,” Schwarzenegger said to the website.

“I am looking forward to coming back as the T-800 model. It’s gonna be great with Tim Miller as the director and Jim Cameron is kind of supervising the whole thing.”

The sequel will ignore all other sequels and begin a new timeline, and due to how easy it is to forget those movies, it won’t be a mistake.

On the flip side, the movie will be a follow-up to Terminator 2: Judgement Day.

Linda Hamilton is confirmed to star alongside a new strong female character, according to Blood Disgusting.

It is unclear it Edward Furlong will reprise his role.

“We’re starting a search for an 18-something woman to be the new centerpiece of the new story,” Cameron said about the film last year.

“We will fold time. We will have characters from the future and the present. There will be mostly new characters but we’ll have Arnold and Linda’s characters to anchor it.”