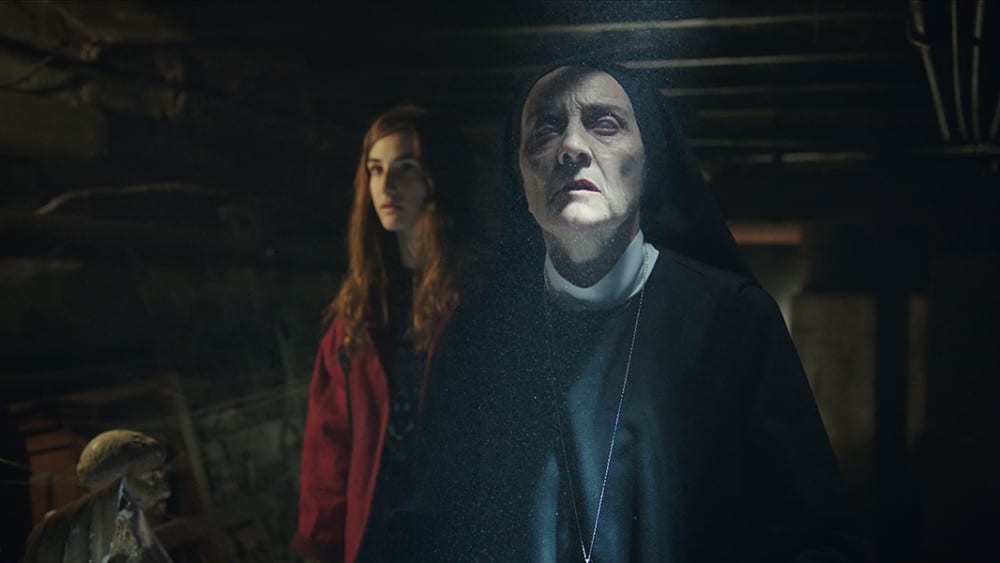 Netflix is generating plenty of buzz for their Spansish horror film Veronica, which was considered a “surprise” release in late February and is seriously freaking out people.

The movie is about a young woman attempting to protect her younger brother and sister from something sinister after she attempts to connect with the spirit of her dead father using a Ouija board ritual.

According to Blood Disgusting, the movie is based on true events that occurred in Madrid, Spain back in 1991.

Per the story, a teenage girl named Estafania Gutierrez Lazaro died mysteriously in August 1991 and her parents believed that he unexplained death was due to her playing with a Ouija board.

Before the young girl’s death one of her friends dies in a tragic motorcycle accident which motivating them to perform a seance in an attempt to make contact with him.

Surprisingly, the seance was performed at Estafania’s school and was interrupted by a nun before it could be completed; the nun reportedly broke the Ouija board.

After the seance Estafania’s life was turned into pure chaos.

She apparently was having seizures and bizarre hallucinations, with dark, shadowy figures swirling around her for months following the seance.

Despite the issues, doctors couldn’t find anything wrong with her and Estafania died in the summer of 91.

Her parents claim that the torment continued even after her death.

This story is that much more interesting because it’s the only time in Spain’s history that police filed a report stating that *they* had witnessed something paranormal, which is famously known in the country as the “Vallecas case”.

Police had responded to a call from the parents who claimed there was something evil within their home and upon arriving they heard loud noises and saw scratches on the walls and even claim that a photograph of Estafania caught fire inside its frame.

“In Spain it’s very popular, this story; as we say in the film, the only time a police officer has said he has witnessed something paranormal,” says Paco Plaza, director of ‘Veronica’. “And it’s written in a report with an official police stamp… it’s really impressive when you look at it.”

Check out the video below for the story behind the movie:

In this article:Netflix, Vallecas case, Veronica