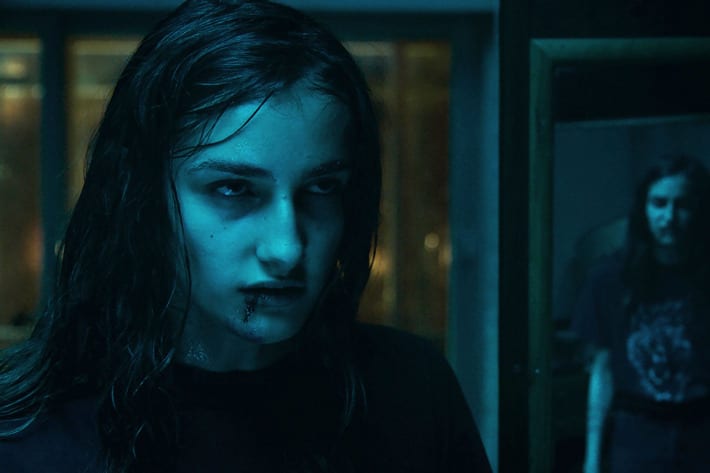 The big hype on Netflix the past week or so has been the Spanish horror-movie ‘Veronica’ is loosely (and I stress this) based on true events. In fact, we wrote an article about the actual story that inspired the movie earlier this week.

As long as you go into this movie knowing that maybe 5% of the story is actually based on these events, you’ll be able to watch it with a much clearer perspective.

Now, there have been reports that people couldn’t watch the entire movie because they were too scared.

Grant it, the movie has some creepy parts and doesn’t rely on the easy and over-used (and lazy) modern jump-scare tactic that horror movies rely on, so, it’s good in terms of relying on natural creepiness to scare you.

It also faces a tough challenge because of subtitles.

Face it, not a lot of people are drawn to reading subtitles in any movie, let alone a horror flick.

But Paco Plaza, the film’s director, did such a good job at presentation and story-telling that the subtitles shouldn’t take away from the experience of the film.

The film’s overall delivery rests on the shoulders of Sandra Escacena who plays Veronica and she does an excellent job of communicating fear, distress, stress and worry. Add to it that her performance is so strong that even subtitles don’t diminish her efforts.

Veronica is determined to communicate with her dead father, whom I wish they did a better back story on to show some sort of emotional bond. One flaw I saw with the movie was that there really wasn’t any significant fallout from her father’s death.

The kids seemed fine, the mother seemed ok and Veronica, who was the most determined to talk with him, seemed rather “ho-hum” about him. In fact, it seemed that everyone was rather emotionally detached from the father.

I would say the most tragic part of this story was how much responsibility Veronica had in raising her siblings while her mother worked constantly. It cost Veronica friendships and what should be her best teenage years.

Consuelo Trujillo was creepy as ‘Mother Death’ but I left the movie feeling like her role could have been more prominent and that Plaza left a character with amazing potential, rather basic and unimportant.

‘Mother Death’ should have been a lot more than what she was and could have left a lasting impression. Instead, I only felt sorry for the actress who had to chain smoke in virtually every scene she was in. It hurt my throat and lungs just watching her.

All in all the story is sound and ties the ending scene (which is the film’s opening scene) perfectly at the end of the movie.

A little anti-climactic at the end, which is weird because it could have been much more, much better, but it won’t leave you feeling like you wasted your time.

Personally, I can’t agree with the high ratings it’s receiving on ‘Rotten Tomatoes’ and while the movie had it’s moments, I can’t wrap my head around as to why anyone would be too scared to watch the whole thing.

Bottom line, it’s worth the time investment and a good showing from Netflix’s horror section, which I am hoping opens the doors for more entries such as this.

Fright Nerd Score
77 frights
Summary
Personally, I can't agree with the high ratings it's receiving on 'Rotten Tomatoes' and while the movie had it's moments, I can't wrap my head around as to why anyone would be too scared to watch the whole thing.
Fright Nerd Score77

New ‘Flesh of the Void’ Trailer Is Pretty Horrific