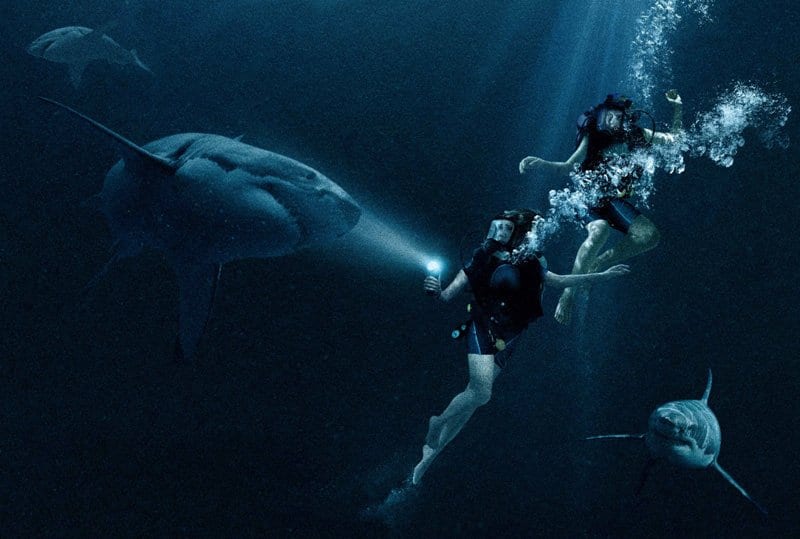 47 Meters down featured blood-thirsty sharks, but the film’s sequel will bring things out of the deep blue sea and into the murky depths of a cave.

But the sharks will be making the trip too.

Johannes Roberts’ 48 Meters Down will be about underwater spelunkers who have to wage battle against cave-dwelling sharks. Yes, sharks.

Essentially, the film will be ‘The Descent’ underwater, and with sharks, and the film makes no bones about being just that.

“Now, I get to go off and basically do The Descent underwater,” Roberts said in an interview with the Daily Dead. “It’s going to be really cool and terrifying. I learned how to cave dive while I did 47 Meters Down, and I remembered when I did it, I came out and I was like, “If we ever do a sequel, that’s where we’re doing it,” because it’s the most terrifying thing I’ve ever done in my life.”

Here is the synopsis of the film:

48 Meters Down takes place in the backpacking mecca of Brazil, against the backdrop of the country’s vibrant culture, party atmosphere and beautiful beaches. A group of five girls from different backgrounds and countries are united by their lust for life and adventure in the coastal metropolis of Recife. Looking to get off the well-worn tourist trail, they hear about a hidden underwater ruin from a local guide and seize the opportunity to discover their own Atlantis beneath the turquoise waves. Unbeknownst to them, the caves where the forgotten city lies are not completely uninhabited, and as they swim deeper into the submerged labyrinth of caves they enter the territory of the deadliest shark species in the ocean.

The Ranger Trailer Warns Not To Venture Into the Woods