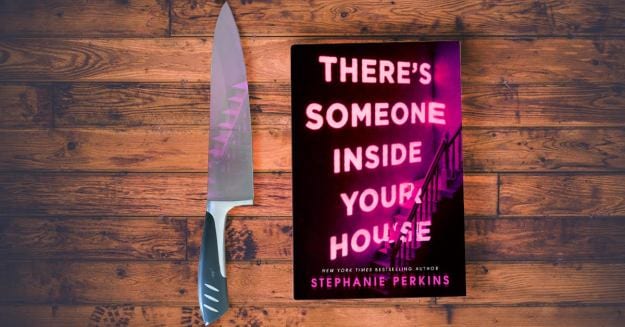 Netflix just keeps on winning, especially when it comes to their ramped up efforts in the horror movie genre.

Netiflix beat out a number of studios to secure a pitch based on YA author Stephanie Perkins’ NYT bestselling novel about a high school girl whose friends are suffering inexplicable deaths in gruesome fashion.

James Wan, who you know from his work on ‘The Conjuring’, ‘Saw, and ‘Dead Silence’, is teaming up with 21 Laps, the producers behind the smash-hit ‘Stranger Things’ for a new slasher flick called ‘There’s Someone Inside Your House’.

While Wan will not direct, his involvement is still noteworthy and promising.

According to the novel’s synopsis, this is what you may see in the coming film:

“More than a year after her parents sent her away from Hawaii to live with her grandmother in landlocked Nebraska, Makani Young is still adjusting to her new life. She’s made a small group of close friends and even flirted with romance, but her past in Hawaii is still hard to forget. And then … one by one the students of her new high school begin to die in a series of gruesome murders. Makani doesn’t know who’s next on the list. Between this, and a secret scorching relationship with the school weirdo, this school year may turn out to be one to die for … literally.“

In this article:There’s Someone Inside Your House