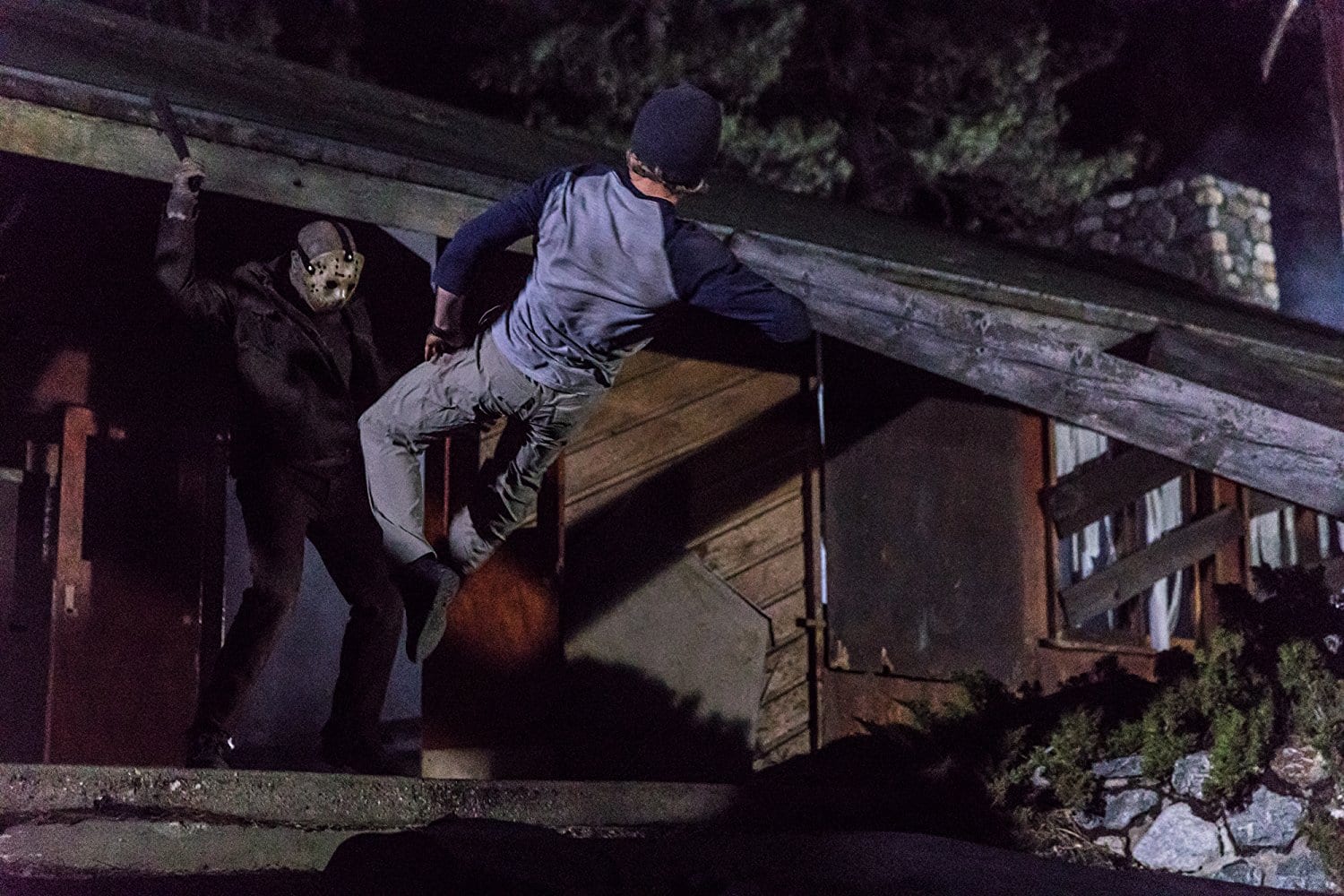 It’s amazing what can be done regarding media creation these days. With the advancements of cell phones, cameras and gadgets, more people are empowered to create.

Great landscapes, solid clarity and good use of sound really make you forget that this is a fan-made films and not another entry into the series.

With that being said, the movie’s story is a bit straightforward, as hiker and survivalist Kyle McLeod (Drew Leighty) ventures into the woods on another one of his video-documented hiking adventures.

Kyle experiences some interesting things during his adventure, including hearing a pack of coyotes getting into a confrontation with “something” while he is in his tent (obviously they encounter Jason) and his stumbling upon a ‘No Trespassing’ sign that he , of course, ignores, which leads him to stumble upon ‘Camp Crystal Lake’.

The movie pays homage to the original films at various points throughout the movie, so the hardcore fans will be happy to see these moments (I certainly was).

It’s clear that the makers of this flick really love the franchise, it shines through and through many times throughout this film and it’s great to see the franchise handled with such love, especially considering a lot of the film’s entries were thrown together for the sake of gory kills for box office money.

If future films took this approach, this series could really have one hell of a 2nd life.

With all of that being said, the film starts losing it’s appeal, sadly, when Jason (Vincente DiSanti) arrives. While we are used to a hulking, towering character who is visibly a physical force, ‘Never Hike Alone’ provides us a skinny, normal-looking version of Jason. It’s just not the way Jason should look.

I give the film credit for trying to compensate for this by adding sound effects such as monsterous, earth-shaking footsteps when Jason walks, but this is where the film starts to unravel a bit. The sound effects do not match the visual.

It just doesn’t connect and thus, reminds you that this film is a fan-made flick, and you start to lose interest.

While it sounds like the film dies a slow death after this part, it doesn’t, but it doesn’t hold interest beyond a certain point, when the excitement of seeing a new take on Friday the 13th wears off.

What the film does well is certainly worth applauding. For example, I love the odes to the classics, the new take on Jason’s face without the mask (which almost made up for Jason’s flawed physical look), the love put into the film, a new angle on the series, and the cameo of Tommy Jarvis (Thom Mathews) will leave fans pretty satisfied.

For the hardcore Friday the 13th fan, this move checks a lot of boxes and will make you smile in a lot of ways, but it lacks anything else beyond nostalgia and initial excitement.

I doubt anyone who isn’t a diehard fan of the series may enjoy the film, as I see it clearly made for a specific audience.

I applaud the efforts and it can be argued that the acting was better in this film than a lot of it’s predecessors, even some of the writing.

For under an hour this film was timed beautifully, had a nice pace and took a fresh take.

Most importantly, it proved that the Friday the 13th series is indeed in demand, so, hopefully this film will help push big picture companies to green light a new film and, more importantly, put folks who actually love the franchise at the helm.

No more Platinum Dunes garbage. Give us something new, creative, and most of all, scary.

Fright Nerd Score
50 frights
Summary
For the hardcore Friday the 13th fan, this move checks a lot of boxes and will make you smile in a lot of ways, but it lacks anything else beyond nostalgia and initial excitement.
Fright Nerd Score50

In this article:friday the 13th, Never Hike Alone