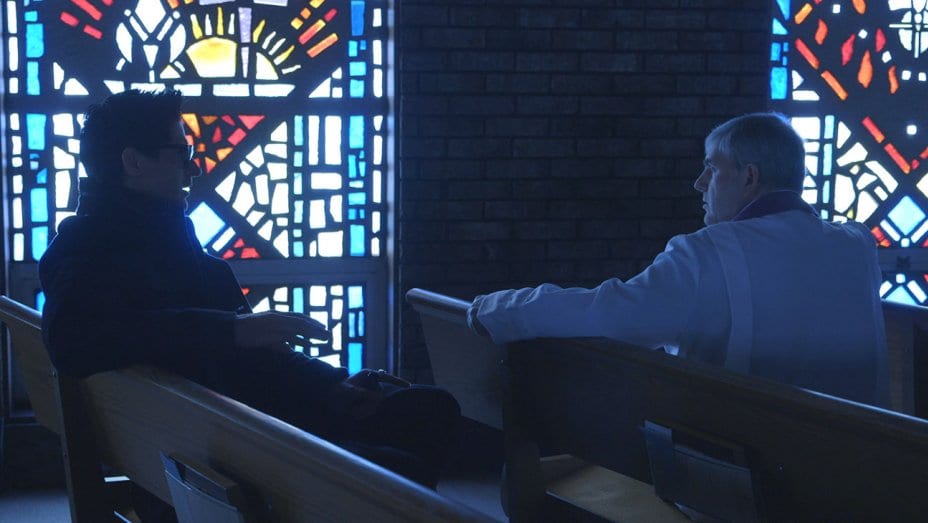 The premise of Zak Bagans’ ‘Demon House’ seems a bit unnerving, which immediately conjures up interest for the diehard paranormal fan.

Unlike most of the “based on a true story” movies, this one actually has researchable substance. There is plenty of news stories and reports to Google about the origins of the home and all of the lore. This helps provide a solid backdrop to this movie.

Unfortunately, it’s not a movie and I would hardly call it a documentary. ‘Demon House’ is an extended episode of Bagans’ Ghost Adventures, more than a feature film and a bit different from a traditional documentary.

Sure, there are far more interview segments in ‘Demon House’ than in a normal, run of the mill ‘Ghost Adventures’, but it’s still, at it’s core, seemingly the same format.

The film starts off slow and drags a bit as Bagans’ catches the viewers up to speed on all the spooky things going on in the home over the years.

In all honesty I was never a fan of Bagans, nor was I someone who avidly watched his show on a regular basis. I preferred shows such as ‘Ghost Hunters’ and found Bagans’ show a bit “much” in the way of theatrics.

But, this film made me a fan.

Sure, I could so without the corny “re-enactments” and “dramatizations”, but they needed to be there. However, the effort should have been better, at least in using a different way to shoot these scenes. Other paranormal television shows such as ‘A Haunting’ manage to pull this off, this film could have done better.

Not that it particularly pushed me away or drove down my interest, but my wife, who does not normally watch this type of content, was constantly rolling her eyes at these cut scenes.

Which leads me to the overall analysis of this film.

If you’re a fan, you’d be entertained. If you’re new to the genre, Bagans, or Bagans’ show, you’re probably going to find yourself turning it off before things get good.

And Bagans’ film gets very thrilling in the final 45 minutes and ends with Bagans’ experience, that will simply freak you out and stick with you.

Bagans comes across contrite, honest and is dialed back significantly from the over-the-top personality he can exude on his television show.

And Bagan’s demeanor throughout this film helps deliver the theme, helps sell the realness, helps convey the seriousness.

The ending will grip you, but it’s a film for a specific audience, which makes grading it a bit difficult.

Diehard fans will, more than likely, like it. Newcomers or those looking for a true-to-form horror movie will probably be bored.

So, I am trying to balance my grading to reflect both sides.

Bagans did a lot to win me over as an interested viewer, and I have a great interest in chatting with him sometimes about this experience, so, the film resonated with me.

However, I found a lot of the extra-curricular stuff a bit off-putting, and for a film that’s been a few years in the making, I felt more could be put into the dramatization scenes because the non-diehard fan in me found them to be a deterrent.

Fright Nerd Score
65 frights
Summary
I found a lot of the extra-curricular stuff a bit off-putting, and for a film that's been a few years in the making, I felt more could be put into the dramatization scenes because the non-diehard fan in me found them to be a deterrent.
Fright Nerd Score65