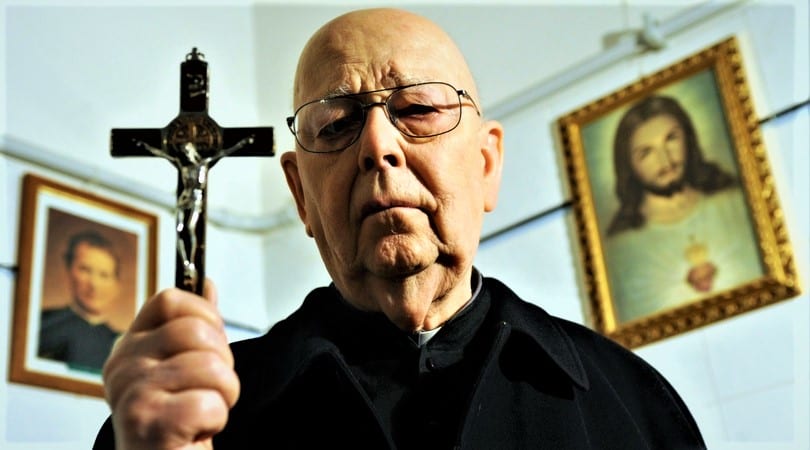 While many films love the catch tagline of “based on a true story” or “based on true events”, this film really backs up the claim.

‘The Devil and Father Amorth’ is as real as it gets, featuring a real exorcism performed by Father Gabriele Amorth, a Vatican exorcist.

‘The Exorcist’ director William Friedkin was invited by Father Gabriele Amorth to witness and film an actual exorcism and the film is a documentary about the experience.

“Friedkin leads a tour that moves from the infamous Exorcist steps in Georgetown to Italy, where he meets with the 91-year-old Father Gabriele Amorth, official exorcist of the Diocese of Rome, and accompanies Amorth on one of his harrowing house calls. A sprightly, at times gonzo-style, investigation into the long history of demonic lore, and a one-of-a-kind insight into the persistence of medieval belief in the supposedly modern world.”

In this article:The Devil and Father Amorth, The Exorcist