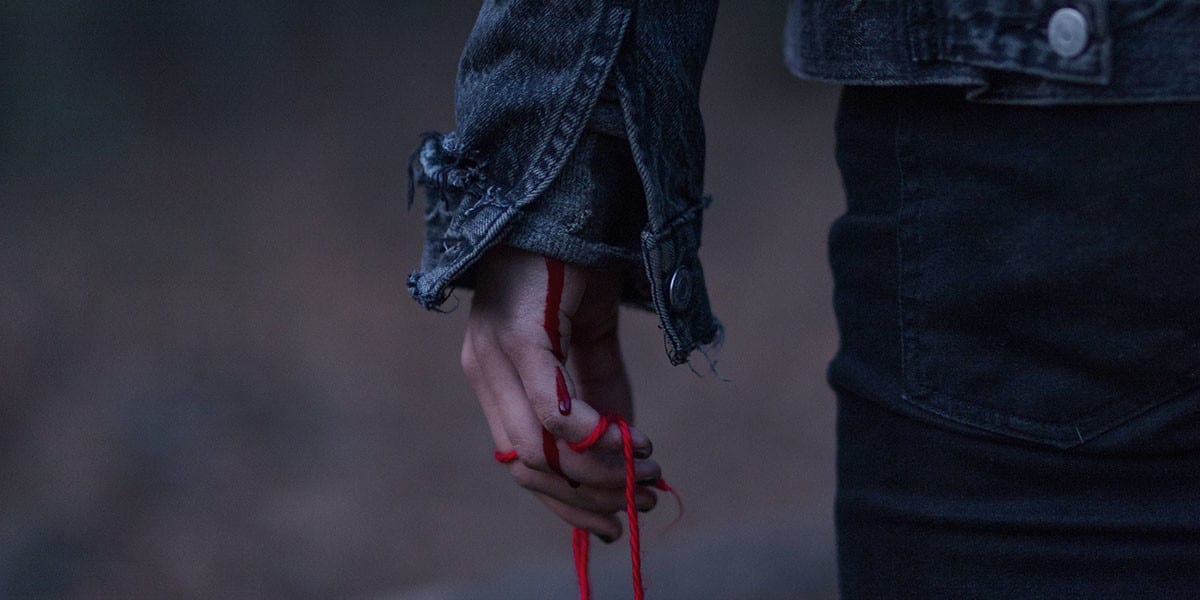 ‘Pyewacket’ may be the best under-the-radar movie of the year and a flick that I am willing to bet Netflix wishes it got it’s hands on.

‘Pyewacket’ is, hands down, the best horror flick I have seen so far this year.

It resonates. It perfectly weaves a tense, gripping and disturbing story into a beautifully crafted, and well paced, film.

During a time when the “jump scare” is the “go-to” move of every horror movie, ‘Pyewacket’ doesn’t heavily lean on the trend, yet, proves to be scarier than a lot of the flicks that do just that.

In ‘Pyewacket’, a teenage girl who is grieving from the recent death of her father is trying to find herself, as most teens at her age are, while dealing with a myriad of personal issues.

Leah, who is played by Nicole Munoz, is a goth teen that is interested in the Occult and has a rather contentious relationship with her widowed mother, who is visibly battling depression and grief and is prone to emotionally abusive, alcohol fueled outbursts, when arguing with Leah.

Writer-director Adam MacDonald paces the first hour of the move very well, as it is steeped in plenty of story setup, but not too much so that it loses your interest.

It is all relative, it is all important, and it pays off later in the movie in grand fashion.

Leah and her mother (Laurie Holden) continue to ride an emotional roller coaster relationship and, eventually, Leah’s mother abruptly announces that the two are moving out to the country for a “fresh start”.

Leah, being the angst-riddled and depressed teen she is, lashes out in anger, and opts to turn to the occult to cast a spell to kill her mother.

MacDonald does a fine job of showing the pure emotion of Leah’s actions, but, also reminds the viewer that, above all else, she is purely acting out as dramatically and irrationally as most teenagers her age may, although maybe not using a death curse as a vehicle of expression.

Leah’s actions, in their entirety, may not be palpable but provide a layer and tone that creates the tense emotion for the rest of the film.

While most films go right to the scares, almost in excess, MacDonald takes a different approach with ‘Pyewacket’, instead denying the viewer the satisfaction of the scare immediately, allowing the movie to draw out, thus demonstrating an astute understanding of pace and timing that craft the real “scare”.

Eventually, the pyewacket comes, and the build is a slow one, but, one that eventually floods out into terror and a gripping and tense sequence that feels rewarding, although brutal, for the viewer.

‘Pyewacket’ may not be everyone’s cup of tea. It demands a dedication to seeing the story through and veers off from the jump scares that films rely on these days, providing a refreshing approach to building a lasting scare.

With that being said, it will hard for movies to top ‘Pyewacket’ for me this year, as it has set the bar, for me, for how films that deal with the occult, demonic hauntings or supernatural should unfold.

Fright Nerd Score
85.5 frights
Summary
it will hard for movies to top 'Pyewacket' for me this year, as it has set the bar, for me, for how films that deal with the occult, demonic hauntings or supernatural should unfold.
Fright Nerd Score85.5