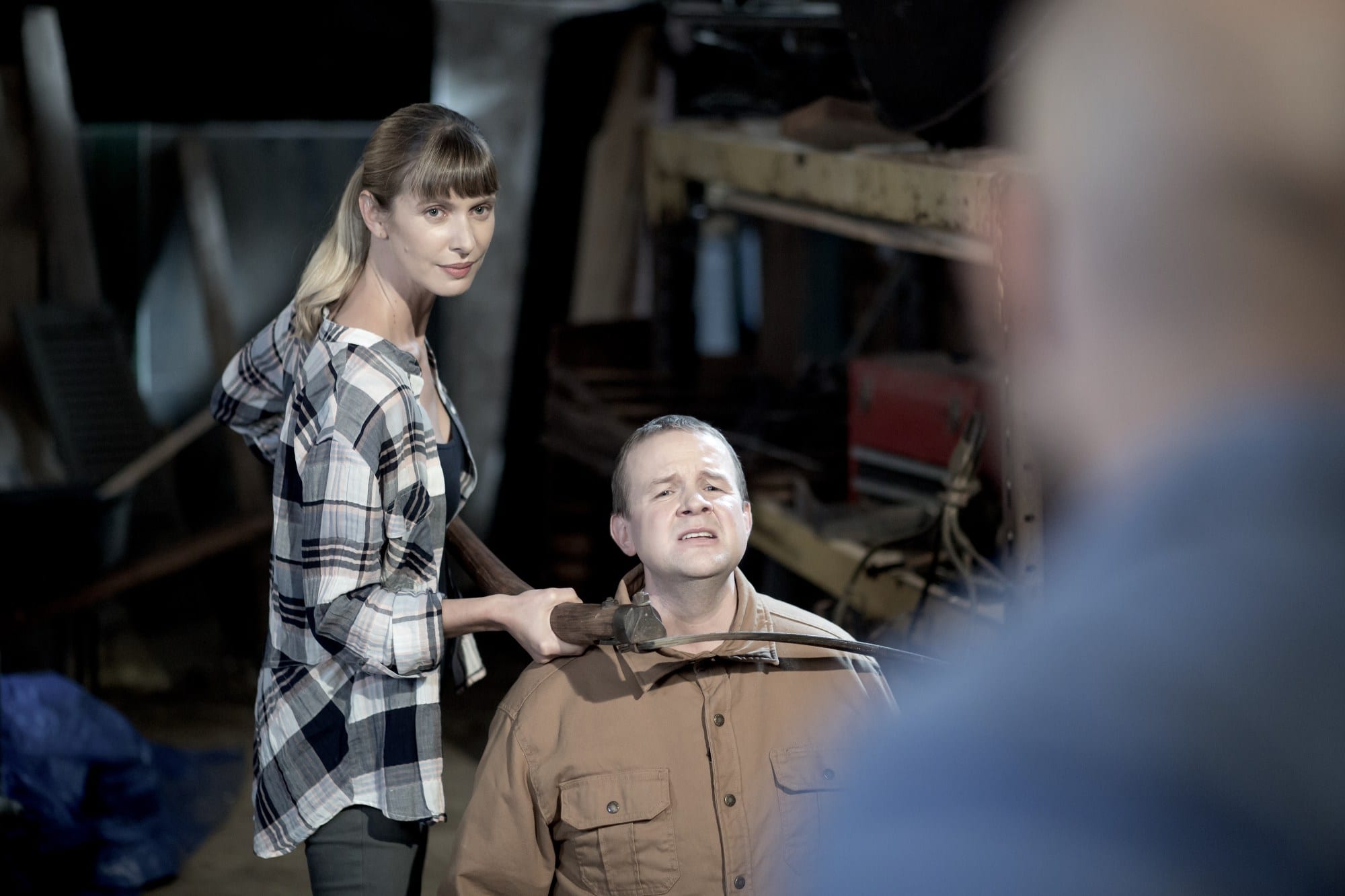 Ned Luke, Rochelle Bostrom, and Slate Holmgren star in the film, which, according to the official synopsis; “When the catastrophic crash of a prisoner transport van miraculously spares the lives of Nick and Guy – two convicts who are chained together at the ankle – their unplanned escape leads them to an off-the-beaten-path farmhouse. But things aren’t exactly what they seem on that desolate farm, and what starts as a simple attempt to hide out leads to a tense, unintended hostage situation — one fraught with unforeseen traps, nightmarish secrets, and diabolical consequences.”