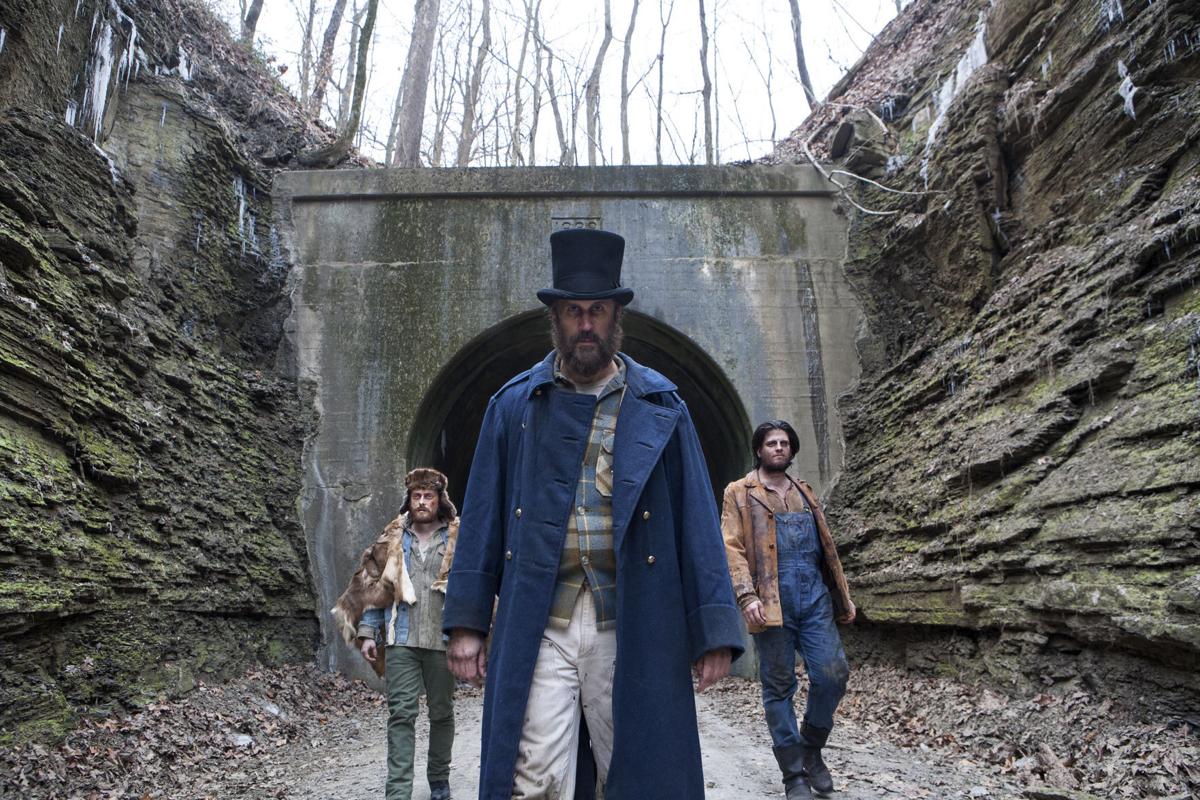 It may have been released back in 2014, but we just got around to reviewing ‘Dig Two Graves’ which tells the story of 13-year-old Jacqueline “Jake” Mather (Samantha Isler), who loses her brother in a mysterious drowning accident and is looking to get him back.

While the movie is interesting at times, it fails to hold interest for long as Jake’s run-in with three moonshiners brings the movie off the rails.

The plot intertwines the dark history of her grandfather,Sheriff Waterhouse, and his ties to the family of the 3 moonshiners, who have dark intentions with Jake.

Plot hole after plot hole, stop any momentum that this film builds in the opening 20 minutes.

One example is during Jake’s first encounter with the 3 moonshiners, who promise the return of her brother if she kills a student at her school that they have carefully selected.

During the scene, Jake first tells the strangers that “she’s not allowed to talk to strangers, but then proceeds to follow them back to their shady shack and partake in some promise ritual that involves a snake, drinking snake’s blood and painting a face with said blood.

Jake then faces the decision of whether to kill her classmate in an effort to bring her brother back, or not, and she struggles with this throughout the conclusion of the film.

All in all, the movie just has too many layers that haven’t properly been developed and/or aren’t consistently followed through with, to make things even a bit intriguing.

In this article:Dig Two Graves