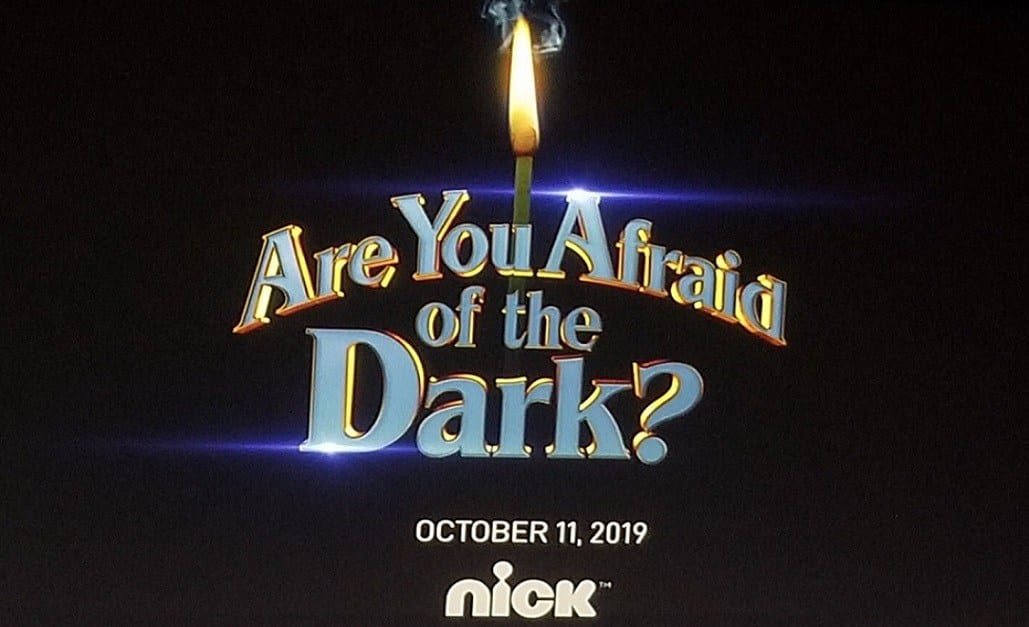 If you grew up in the 90s, then of course you remember Nickelodeon’s ‘Are You Afraid of the Dark?’.

Well, it’s coming back on October 11th, 2019, but will be a feature film adaptation of the ’90s TV series, as opposed to a reboot of the series.

You can see the official logo for the show (h/t @joshHsmith1991) above.

“The show is about the shared experience of telling stories — especially scary ones. We’re going to celebrate that with this movie and honor the darker, scarier tone of the show, which was really groundbreaking for Nickelodeon at the time. I hope the Midnight Society approves,” writer Gary Dauberman, who recently penned ‘IT’, said during an interview with THR.

In this article:Are you afraid of the dark, Gary Dauberman, nickelodeon