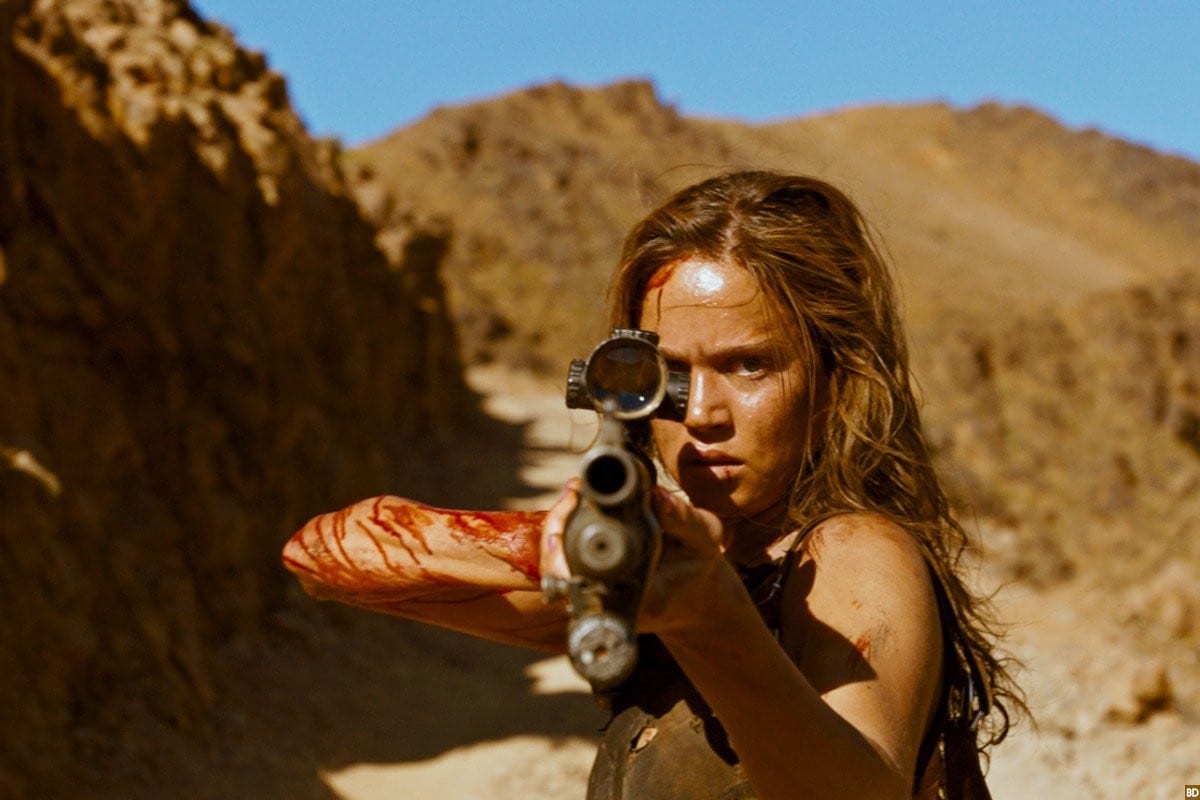 A new trailer for the upcoming release of ‘Revenge’ has just dropped and it takes aim at all those nasty comments that people throw around so freely on Youtube.

The Carolie Farget film heads to theaters and VOD later this week, on May 11th, and Shudder will be adding it to their streaming service this fall.

In Revenge, “Jen (Matilda Lutz) is enjoying a romantic getaway with her wealthy boyfriend which is suddenly disrupted when his sleazy friends arrive for an unannounced hunting trip.Tension mounts in the house until the situation abruptly––and viciously––intensifies, culminating in a shocking act that leaves Jen left for dead. Unfortunately for her assailants, Jen survives and reemerges with a relentless, wrathful intent: revenge.”

Bloody-Disgusting has praised the film, hailing it as “beyond a shadow of a doubt the first great horror film of 2018.”

In this article:Carolie Farget, Revenge, Shudder