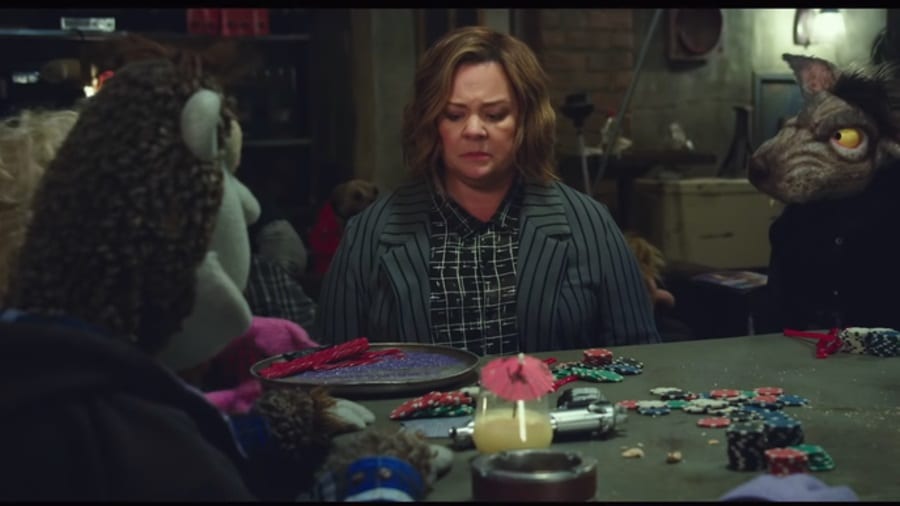 In a lawsuit filed in federal court in New York on Thursday, Sesame Workshop says that the promotion of the film, ‘The Happytime Murders’ makes unauthorized use of the Sesame Street mark when it used the tagline, “No Sesame. All Street”.

“Sesame seeks to enjoin Defendants’ deliberate effort to appropriate its SESAME STREET mark, and its trusted brand and goodwill, to promote their R-rated movie, The Happytime Murders, by way of a violent and sexually-explicit trailer. SESAME STREET is a registered trademark of Sesame, an organization with a long and storied history of ‘helping kids grow smarter, stronger and kinder,’” the suit, filed against STX Productions, reads. “Defendants’ widely-distributed marketing campaign features a just-released trailer with explicit, profane, drug-using, misogynistic, violent, copulating, and even ejaculating puppets, along with the tagline ‘NO SESAME. ALL STREET.’ Defendants do not own, control or have any right to use the SESAME STREET mark. Instead, they are distributing a trailer that deliberately confuses consumers into mistakenly believing that Sesame is associated with, has allowed, or has even endorsed or produced the movie and tarnishes Sesame’s brand.”

The suit goes on to state that the “threat of irreparable injury posed to Sesame’s mark and brand cannot be overstated. Sesame has worked for nearly 50 years to build, cultivate and maintain trust with its audience of parents and young children built on its reputation for wholesome educational programming. That trust, although built over a span of generations, is too easily lost and is now in jeopardy. Defendants threaten to inflict serious, irreparable damage to Sesame’s mark and brand by associating their adult movie with Sesame Street.”

The complaint goes on to allege that “a parade of social media posts, emails and public comments” indicates that the tagline “has confused and appalled viewers because of what they believe to be a serious breach of trust by Sesame by supporting this movie. Defendant’s actions have diluted and defiled Sesame’s beloved Sesame Street children’s television show and SESAME STREET mark by associating their trailer with Sesame Street.”

STX Entertainment’s representative has since responded in a statement to TheWrap on Friday.

“STX loved the idea of working closely with Brian Henson and the Jim Henson Company to tell the untold story of the active lives of Henson puppets when they’re not performing in front of children. Happytime Murders is the happy result of that collaboration and we’re incredibly pleased with the early reaction to the film and how well the trailer has been received by its intended audience,” said “Fred, Esq.,”. “While we’re disappointed that ‘Sesame Street’ does not share in the fun, we are confident in our legal position. We look forward to introducing adult moviegoers to our adorably unapologetic characters this summer.”

Sesame Workshop responded by saying that they “take no issue with the creative freedom of the filmmakers and their right to make and promote this movie, rather this is about how our name is being misused to market a film with which we have no association.”

In this article:Happytime Murders, Sesame Street