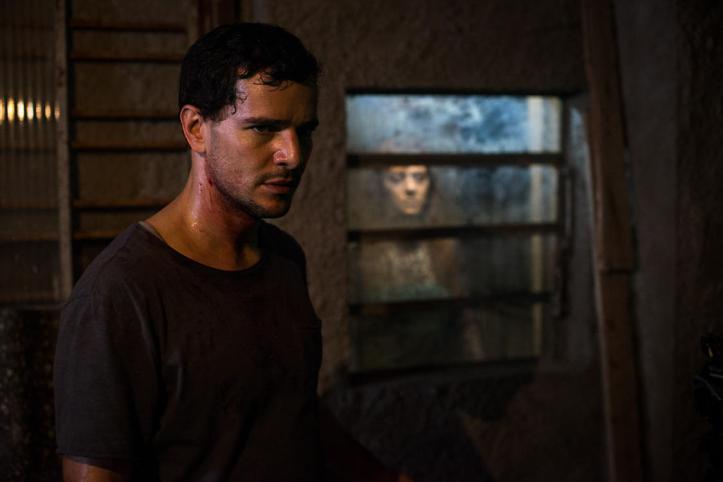 While ‘The Nightshifter’ is set for it’ world premier on July 17th at the Fantasia Film Festival, it’s not stopping the film from dropping a new trailer ahead of the big day.

Thanks to Bloody-Disgusting, the brand new trailer of Brazilian horror director Dennison Ramalho’s film is here.

According to the synopsis from Fantasia:

“Stênio works the night shift at a morgue in a very large, very violent city. On the job, he sees cadavers in every conceivable state, often the victims of horrific gang warfare. While most would be rather unsettled by it all, Stênio is not. For the dead speak to him. Not in any metaphorical sense but in a very literal way. Stênio was born with an occult gift and while not everyone would be at ease conversing with mutilated cadavers on slabs, he has learned that there are endless secrets that can be gleaned this way. Related to crime. To prosperity. One day he learns a terrible secret about people in his own life. He commits the sin of acting on knowledge obtained from the dead, cursing himself and those dearest to him in the process.”

In this article:Dennison Ramalho, The Nightshifter