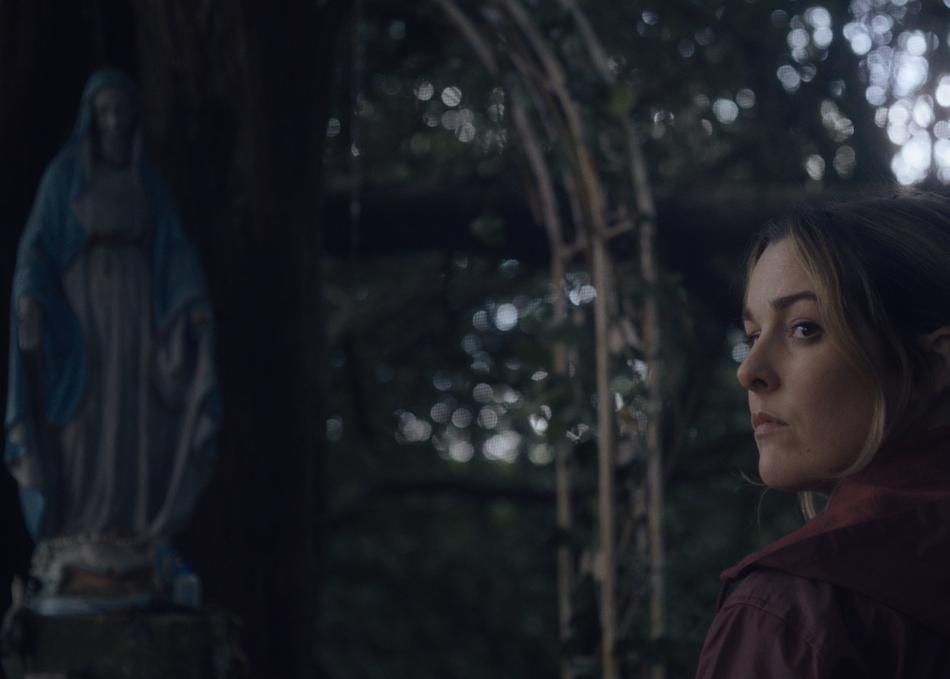 ‘Don’t Leave Home’ may not be arriving until it hits theaters and VOD platforms on September 14th, bu Cranked Up Films’ new flick just dropped a brand new trailer ahead of their screening at the Popcorn Frights Film Festival in South Florida from August 10th through August 16th.

The film “an atmospheric, unpredictable, psycho-religious horror film ”about an American artist obsessed with a disturbing Irish urban legend”, and according to the synopsis:

“After recently unveiling her new sculptural exhibit on Irish urban legends, artist Melanie Thomas is contacted by Father Alistair Burke, a reclusive Irish priest who, legend has it, once painted the portrait of a young girl who later disappeared on the very day her image vanished from the painting. Now, summoned by Burke and his cohort to the Irish countryside for a special art commission, Melanie eagerly accepts the offer, never stopping to consider that some urban legends might be true.”

Related Topics:Don’t Leave Home
Up Next