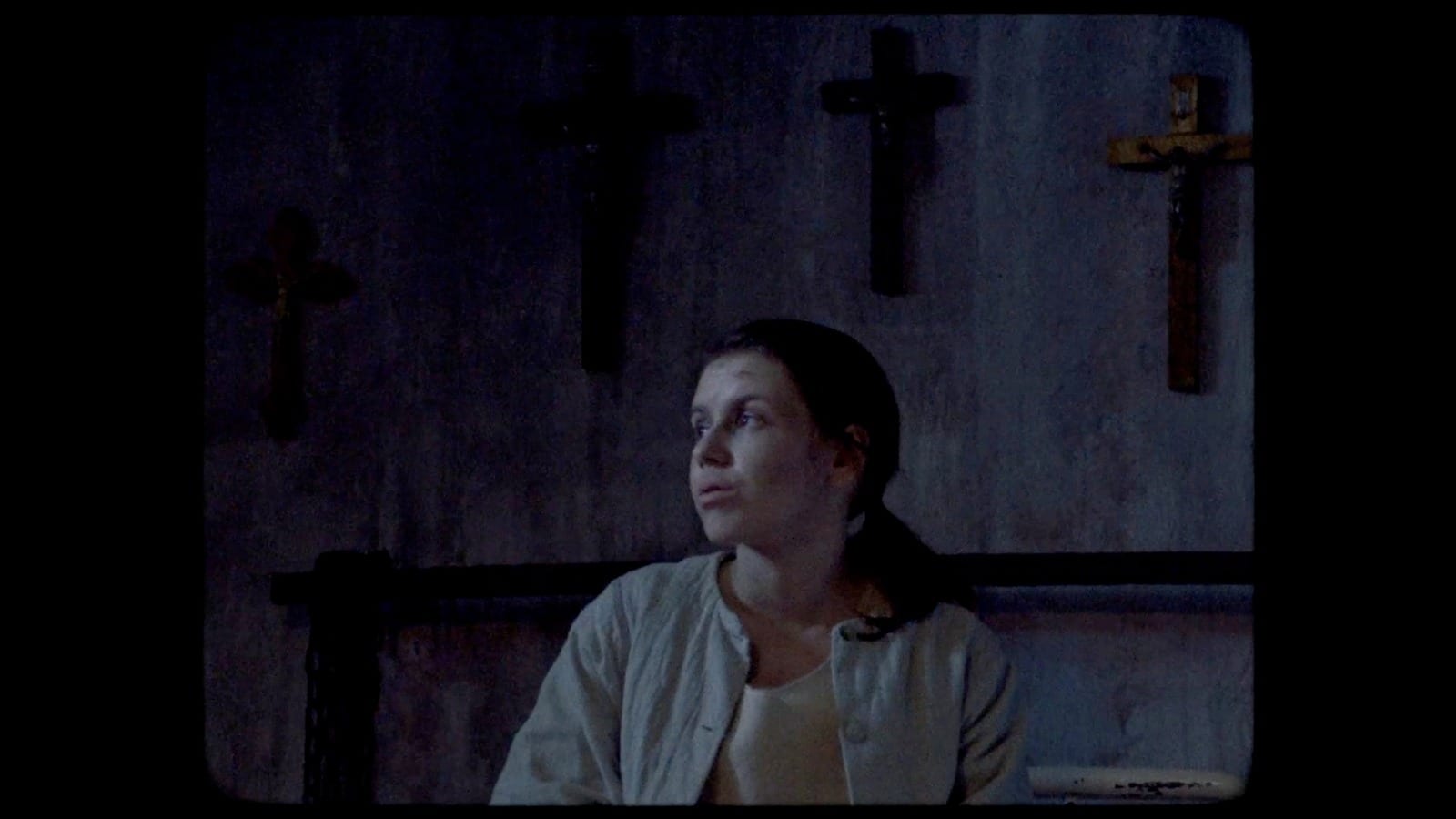 Found footage films have carved out a very specific niche in the horror genre ever since the original Blair Witch Project from the late 1990s, offering a hint of realism to a film.

‘The Devil’s Doorway‘ is a found footage film that is based in 1960 and centers on two Vatican priests, Father Thomas Riley and Father John Thornton, armed with 16mm film cameras, who are dispatched by the Vatican to investigate reports of a miracle, a statue of the Virgin Mary weeping blood at a Catholic asylum for immoral women.

The initial horrors don’t originate from any statue, but instead at how the nuns are treating the women, who sadistically beat and imprison dozens of the women living in the asylum.

As Father Thomas takes an investigative approach that seems to dismiss any notion of a presence of God, Father John is terrorized by experiences he has at night, when alone in his room.

Sounds of children running, laughing, and visions of a little girl playing with a doll keep Father John up most nights, and the experiences get more vivid, and more intrusive.

Father Thomas and Father John are introduced to Kathleen, a pregnant virgin teen who is shackled in a cell by the nuns and who is apparently possessed by a demon.

The nuns oddly go to great lengths to seclude her and have neglected her so much that they asylum doctor believes that she is going to die from giving birth, stressing the importance of focusing on only saving the baby.

The film falls into the pitfall that most found footage films do, the cliche jump scares are plentiful, but executed well, and the films approach provides a different sense, and a unique feelings.

IFC Midnight has churned out some incredible horror films this year, and it should be noted that they are quietly becoming a powerhouse in the horror genre, when so much attention goes to Netflix.

While ‘The Devil’s Doorway’ isn’t incredible, it is a strong film with plenty of scares, that will creep you out with angles, tone, and execution instead of relying on the tired formula of heavy jump scares that have polluted a majority of the horror films that have come out over the past decade.

The vintage film aspect is also a nice wrinkle.

While the ending doesn’t offer answers of explanations as to what exactly was going on, or is going on, at the asylum, and leaves a lot of questions, it doesn’t deviate from the purpose of what this film is based on. Found footage that is simply played for interpretation, not for specific purpose.