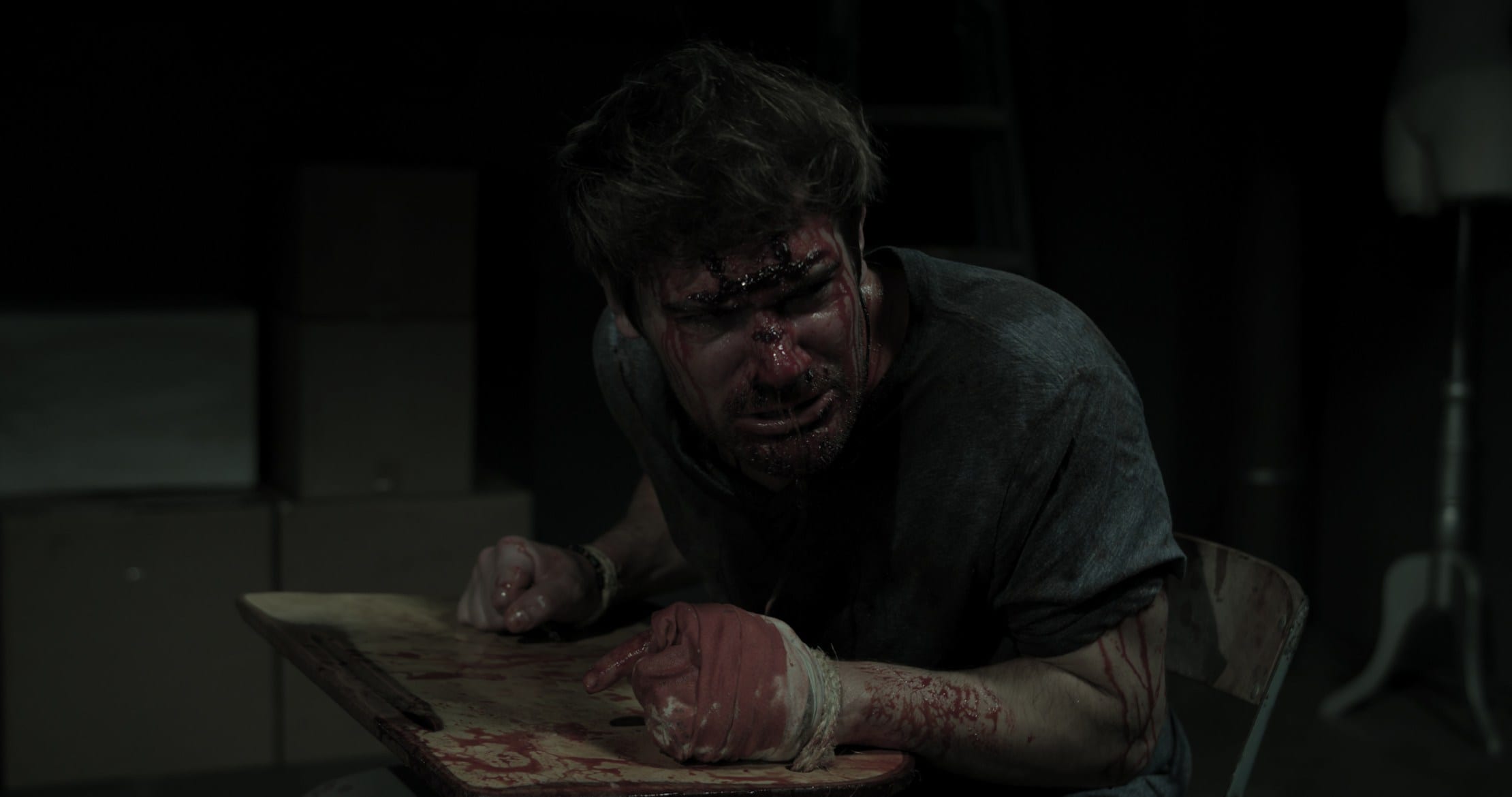 The film arrives on VOD and select theaters on September 15th.

“A L.A. serial killer known as The Gemini (Davis), who tortures and ultimately murders his victims in the dungeon-like basement of his San Fernando Valley home. By the time the movie opens, Gemini has already claimed seven victims, all of whom he has horrifyingly maimed and decapitated with a blowtorch, but Craig Owen (Long), the famed musician who Gemini has chosen for his eighth victim, and Craigs beautiful wife Kelly (Barton) prove every bit the killers equal in the art of psychological warfare, giving rise to one of the more diabolical plot twists in recent memory.”