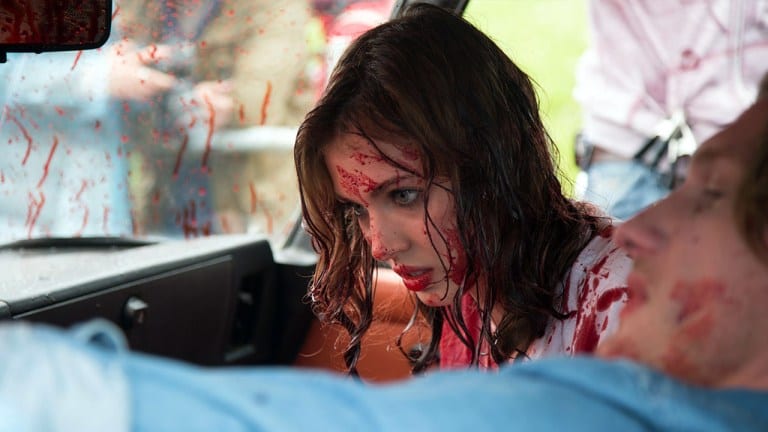 Russian horror film ‘Cursed Seat’ is set to premier at South Florida’s Popcorn Frights Film Festival on August 15th and a new trailer is out to help hype the flick, courtesy of Bloody Disgusting.

“A group of teens are haunted by evil forces that are set to claim their lives. When the malevolent spirit escalates its attack and the classmates begin dying in strange and horrible ways, they band together to try and figure out its grand design. A wave of death has been unleashed and death is chasing each of them.”

Nadezhda Mikhalkova is behind the camera for this one.