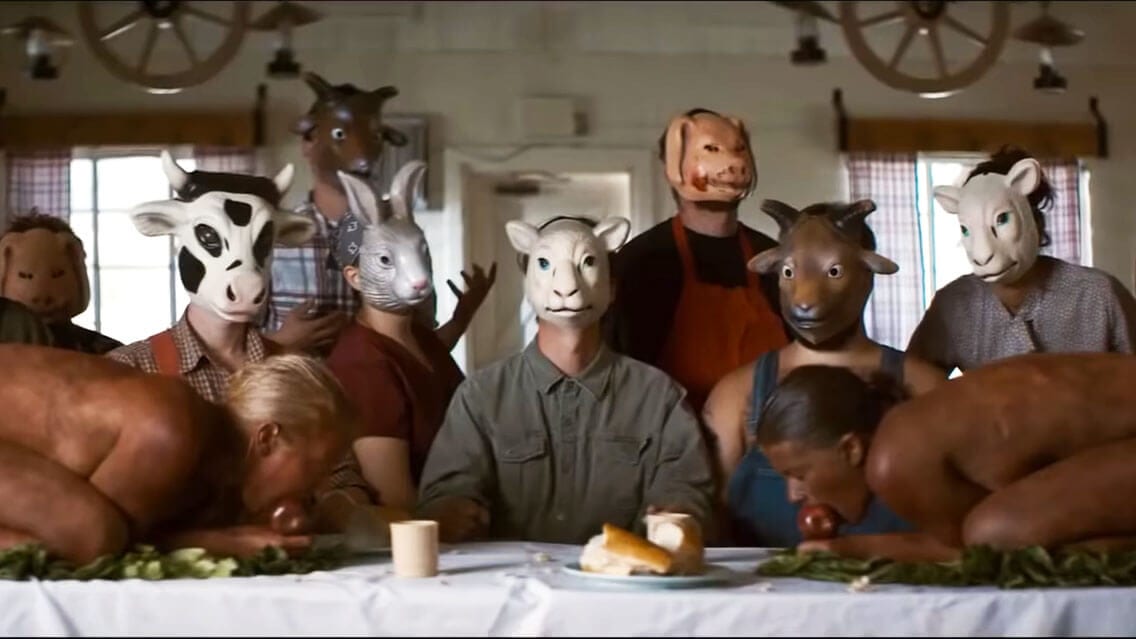 Directed by Hans Stjernswärd, ‘The Farm’ is making the bold claim to be the most violent film that you will see this year as it prepares for it’s East Coast premier at the Popcorn Frights Film Festival on August 11th.

‘The classic horror tale of a young couple who take a wrong turn and stumble into a small town full of people with nefarious intentions is turned on its head in this disturbing ode to blood, guts, and human flesh. Seeping with eerie atmosphere and the bleeding rawness of The Texas Chainsaw Massacre and Gaspar Noe’s extreme cinema, this genuine outlaw work of art finds as much fear in its excess violence as it does in its insidious images. You will not see a more violent film this year than The Farm — it will sear itself permanently in your memory.’

In this article:The Farm