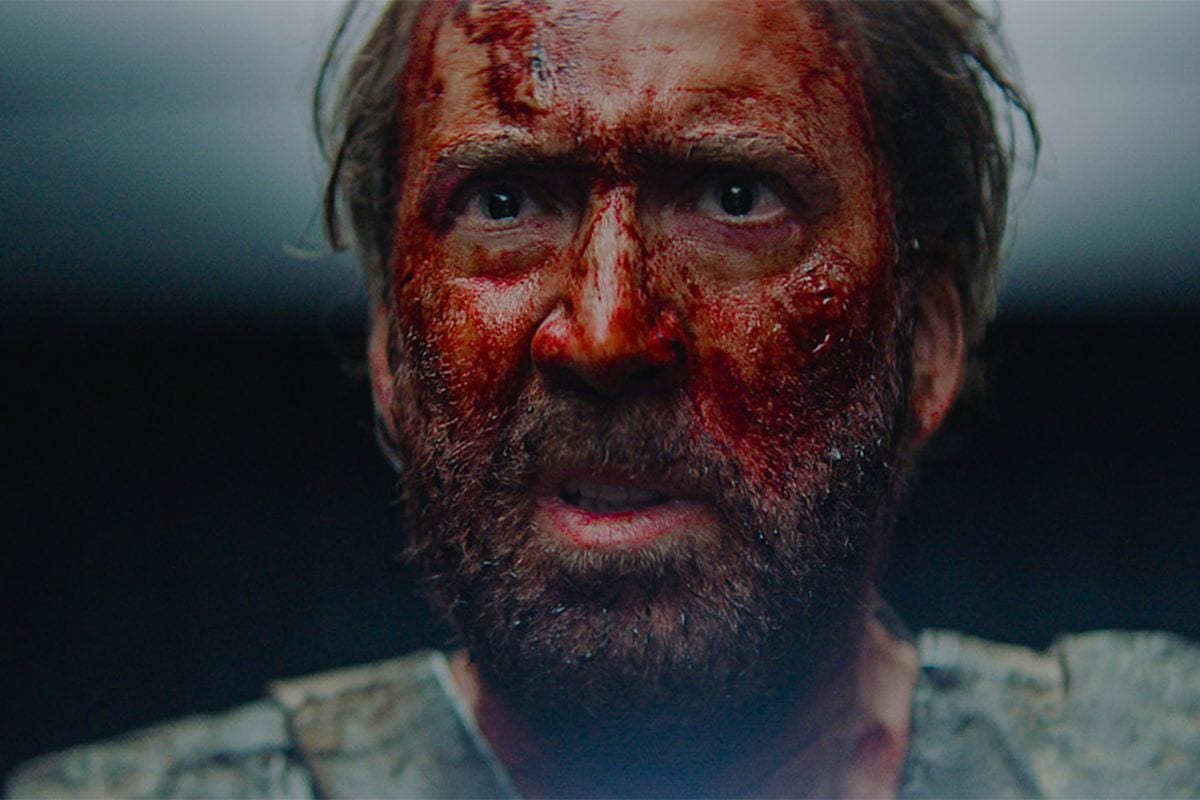 Panos Cosmatos’ ‘Mandy’ has already left an impression on horror movie fans for it’s imagery and a chainsaw-wielding, psychotic Nicolas Cage seeking bloody revenge against a cult in the 1980s, but a new interview with Cage details the inspiration for his character, Red Miller.

“It was a good chance to go through a narrative and have a transformation of sorts,” Cage said, during an interview with EW. “Before he drinks that supernatural drug, or whatever it is, his fighting style is more ferocious, is more cat-like and feral. Whereas after the drug, there’s a transformation where he becomes almost like a golem, the ancient Jewish golem that was a supernatural statue that came to life. And I think Panos wanted that. He wanted me to be almost like Jason-esque, you know, from those horror films that were so popular.”

Okay, since we aren’t getting any new content from the Friday the 13th game, nor will we be seeing any new Friday the 13th films (thanks Paramount) anytime soon, and character inspired from Jason is worth seeing in bloody action, right?

“Panos and I really both decided what the graph of the performance would be” Cage continued. “How much more Jason-esque is he there? Or like a statue there? We built this both together.”

“Pacific Northwest. 1983 AD. Outsiders Red Miller and Mandy Bloom lead a loving and peaceful existence. When their pine-scented haven is savagely destroyed by a cult led by the sadistic Jeremiah Sand, Red is catapulted into a phantasmagoric journey filled with bloody vengeance and laced with fire.”

In this article:Mandy, Nicholas Cage