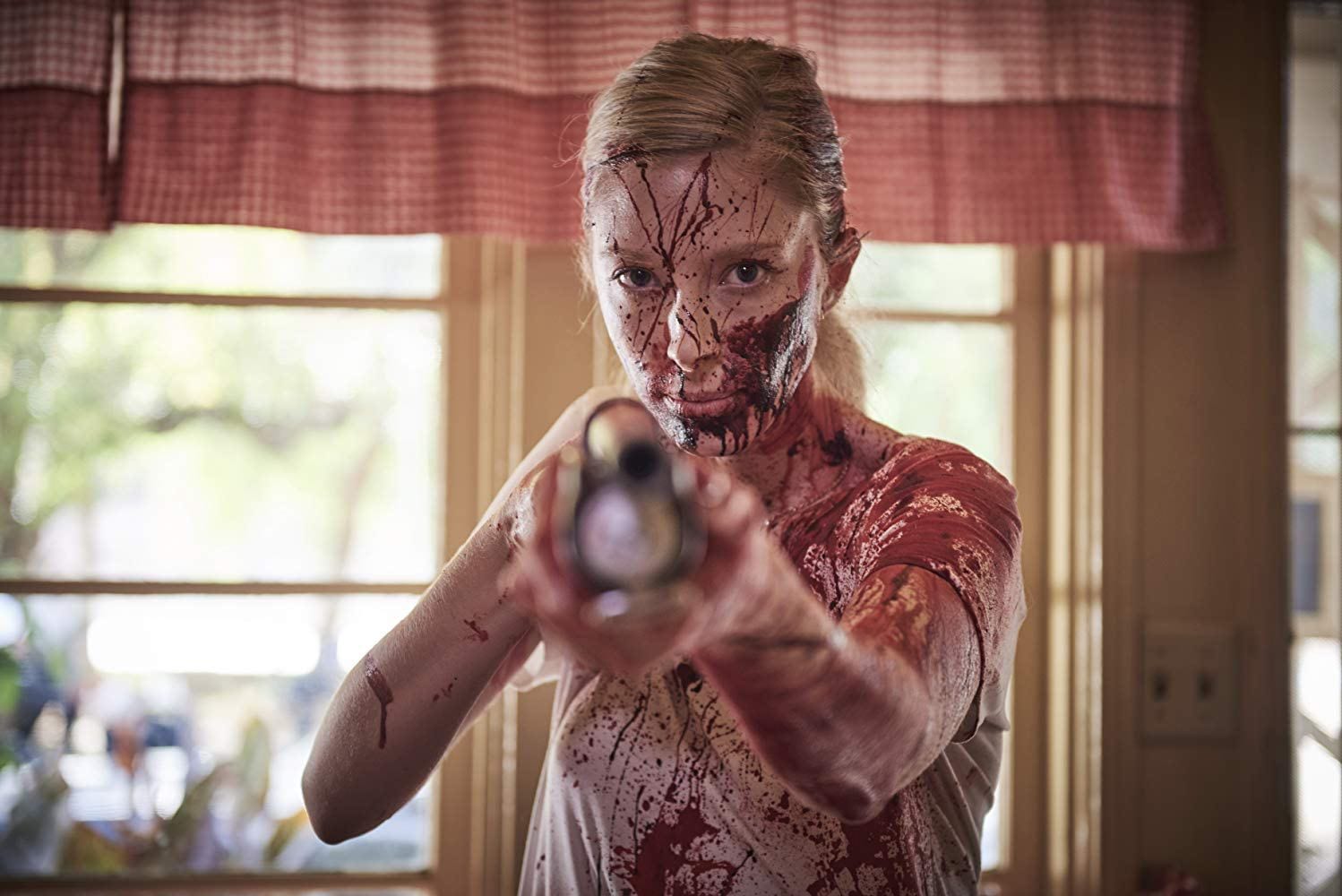 Ahead of it’s World Premier as the Action on Film Fest in Las Vegas on August 18th, Freestyle Digital Media has dropped a new red band trailer for ‘Killer, Kate!’ which heads to select theaters and on numerous VOD platforms on October 26th.

Starring Elliot Fred, Danielle Burgess, Tiffany Shepis, and Alexandra Feld, the film is being described as a “love letter the the early films of John Carpenter” by Feld, and according to the synopsis:

“Estranged sisters – Kate and Angie – haven’t spoken since Angie went to college and left Kate to care for their ailing father. In a show of reconciliation, several years after moving out, Angie invites Kate to her bachelorette party held at a remote house booked on a home-sharing app. The women are unaware that by booking this house, they’re walking into a trap set in motion by a disturbed family of amateur killers who are out for blood to right a cosmic wrong. They soon become unwitting participants in a savage and often ridiculous life-or-death struggle that pits family against family, and past against present.”