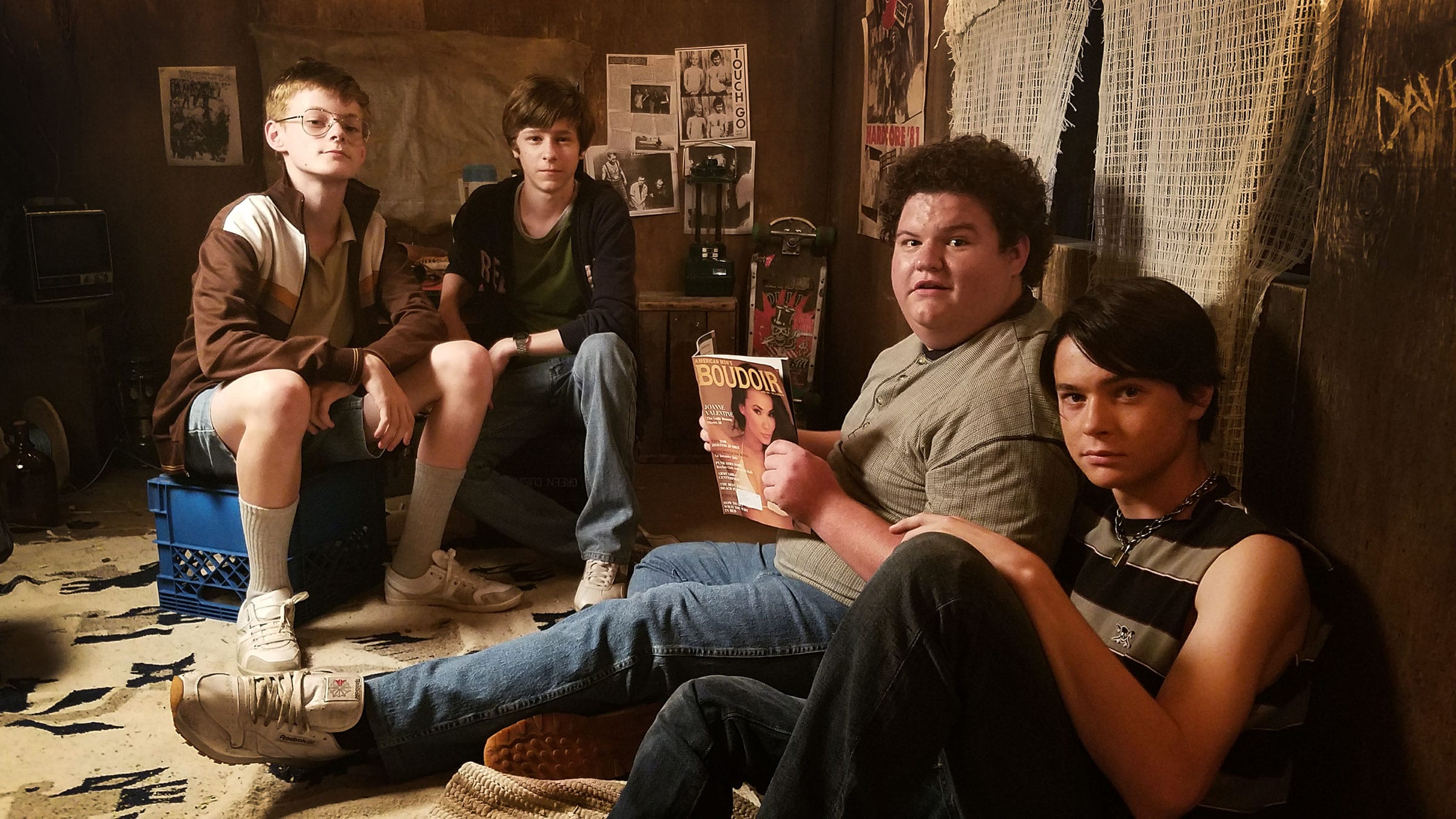 If you’re looking for some 80s nostalgia, a good story, solid character development and a movie that won’t lose your interest, then ‘Summer of 84’, directed by François Simard, Anouk Whissell and Yoann-Karl Whissell, is your flick.

“Teenager Davey Armstrong is a conspiracy theorist who begins to suspect that a neighboring police officer is a serial killer. With help from three friends, Davey launches a daring investigation that soon turns dangerous.”

The story starts off in pure 80s fashion: a neighborhood game of Manhunt, a pure illustration of the innocence of the times, and the G.I. Joe walkie talkies that the kids use will thrust you right back to that time period, accompanied by a score that uses 80s synthesizer tones to further provide the feel from the era.

Four friends, Davey (Graham Verchere), Curtis (Corey Gruter-Andrew), Woody (Caleb Emery), and Tommy (Judah Lewis) try to make the best of their small town life when news breaks of a serial killer, who targets boys 12-16, is on the loose in their area.

Davey, who has an interest in the unbelievable, believes that his neighbor, Officer Wayne Mackey (Rich Sommer), is the killer, but he has little proof to back up his claim. Davey makes it the mission of his group of friends to do whatever it takes to prove that Mackey is the man responsible for the string of murders.

As the group of kids get closer, the danger and risk ramps up.

The movie won’t wow you with a stellar finale, and it kind of bumbles a well executed film with a disjointed ending of sorts. Throughout the movie, the story exists in realism, but loses that flow once the climax starts, kind of ruffling up an otherwise ironed out plotline.

The character development is solid enough, a few scares will keep you on your toes, and the creepy build of the tension between Davey and Mackey is enough to hold your interest and make this movie worth a rental, despite a rather “blah” ending.

Fright Nerd Score
70 frights
0 Users (0 votes)
Summary
The character development is solid enough, a few scares will keep you on your toes, and the creepy build of the tension between Davey and Mackey is enough to hold your interest and make this movie worth a rental, despite a rather "blah" ending
Fright Nerd Score70
What people say... Leave your rating
Sort by: