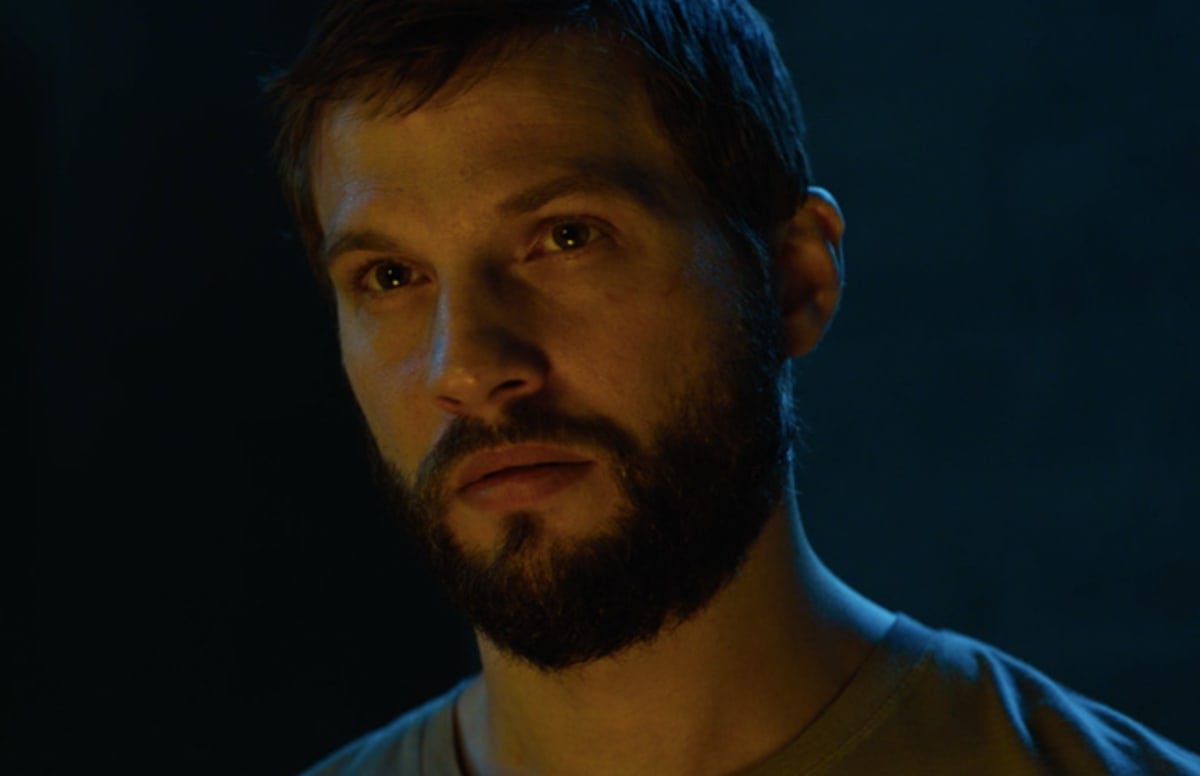 Leigh Whannell’s Upgrade is a movie that will capture your imagination with futuristic technology, accelerate your heart rate with intense, heart-pounding, fight scenes and keep you engaged with a solid, consistent storyline. Starring Logan Marshall-Green, Melanie Vallejo, Harrison Gilbertson and Benedict Hardie, the thriller is all about revenge and the consequences of certain choices, some of which are not as evil as they initially seem to be.

“A brutal mugging leaves Grey Trace paralyzed in the hospital and his beloved wife dead. A billionaire inventor soon offers Trace a cure — an artificial intelligence implant called STEM that will enhance his body. Now able to walk, Grey finds that he also has superhuman strength and agility — skills he uses to seek revenge against the thugs who destroyed his life.”

Grey (Marshall-Green) and Asha (Melanie Vallejo) are a happily married couple in a futuristic world that shows off plenty of technological advances that all seem like the natural progression of our current tech. Grey works on automobiles, while Asha works at a highly prestigious tech company.

Grey’s new client, Eron Keen (Gilbertson), is eager to show off his new tech, the ground breaking ‘STEM’ which controls virtually everything and is boasted as the next medical breakthrough, but is in need of going through some more thorough testing before hitting the market.

During their ride home, Grey and Asha suffer a car accident, leaving both alive but injured. They are dragged out of the car by a group of men led by Fisk (Hardie) and Asha is inexplicably murdered, while Grey is shot in the back of the neck with a medical tool that severs his C4 vertebrae, leaving him a paraplegic.

After struggling with grief, and his new way of life, Grey attempts to commit suicide, but is cut off by the machines that care for him before taking a lethal dose. Grey wakes up in the hospital to Eron Keen offering him a chance to regain the use of his limbs by being the first patient to use the new ‘STEM’ technology.

Following a bit of debate, Grey opts to take the surgery, hoping to regain his former body so he can help track down Asha’s killers.

While Grey is full healed, he realizes that there is a voice in his head, that of STEM, who aims to assist Grey in his quest for revenge. When Grey lets STEM take over, Grey becomes a killing machine, the perfect formula for taking out the gang that killed his wife.

However, things are not as they seem, and Grey finds himself in a more dangerous predicament then he was before.

A solid story with a solid pace, good story, and good twist at the end, make this movie a must see.