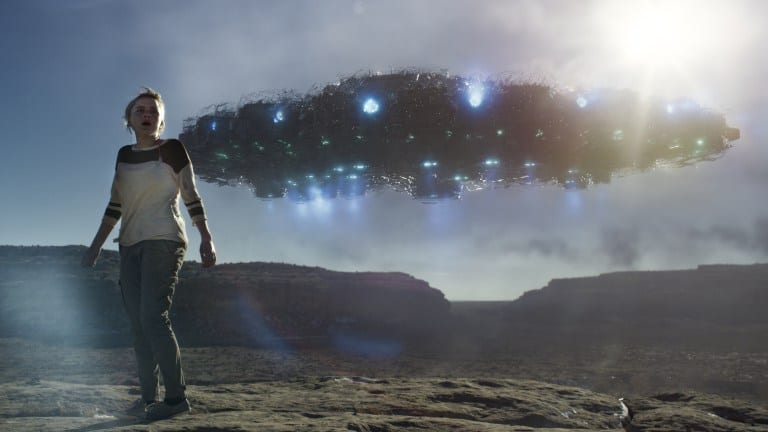 RLJE Films is preparing for the release of their sci-fi thriller ‘Beyond the Sky, starring Ryan Carnes, Jordan Hinson, Martin Sensmeier, Don Stark and Peter Stormare, that is scheduled to arrive on VOD and Digital HD on September 21st.

“Carnes portrays a man with a powerful and traumatic connection to alien abductions since his early childhood. He sets out to disprove the alien abduction phenomenon by attending a UFO convention — but then meets Hinson’s character, who claims to have been abducted every seven years on her birthday, and he realizes there may be more to these claims than meets the eye.”

You can see the official trailer below: