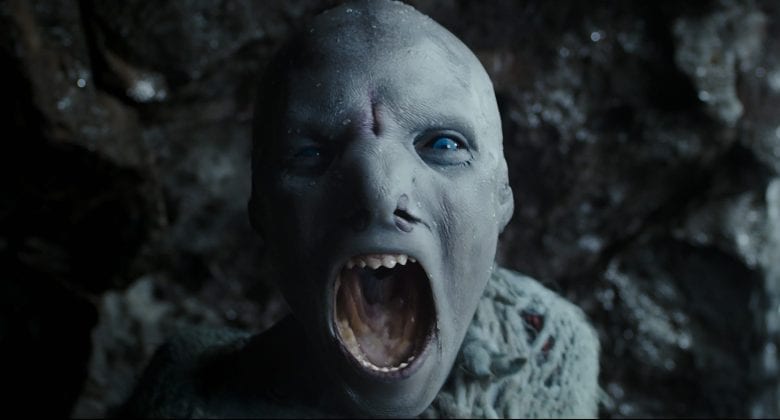 Xavier Gens’ film ‘Cold Skin’, which made it’s premier at the 2017 Sites Film Festival, will be released by Samuel Goldwyn Films in North American theaters, along with digital and VOD platforms, on September 7th, 2018, and a brand new clip has emerged hyping this week’s release.

“On the edge of the Antarctic Circle, a ship approaches a desolate island, far from all shipping lanes. On board is a young man who is on his way to assume the post of weather observer and live in solitude at the end of the earth. He finds no trace of the man he has been sent to replace, just a deranged castaway who has witnessed a horror he refuses to name. For the next twelve months, his entire world will consist of a deserted cabin, trees, rocks, silence and the surrounding sea.”