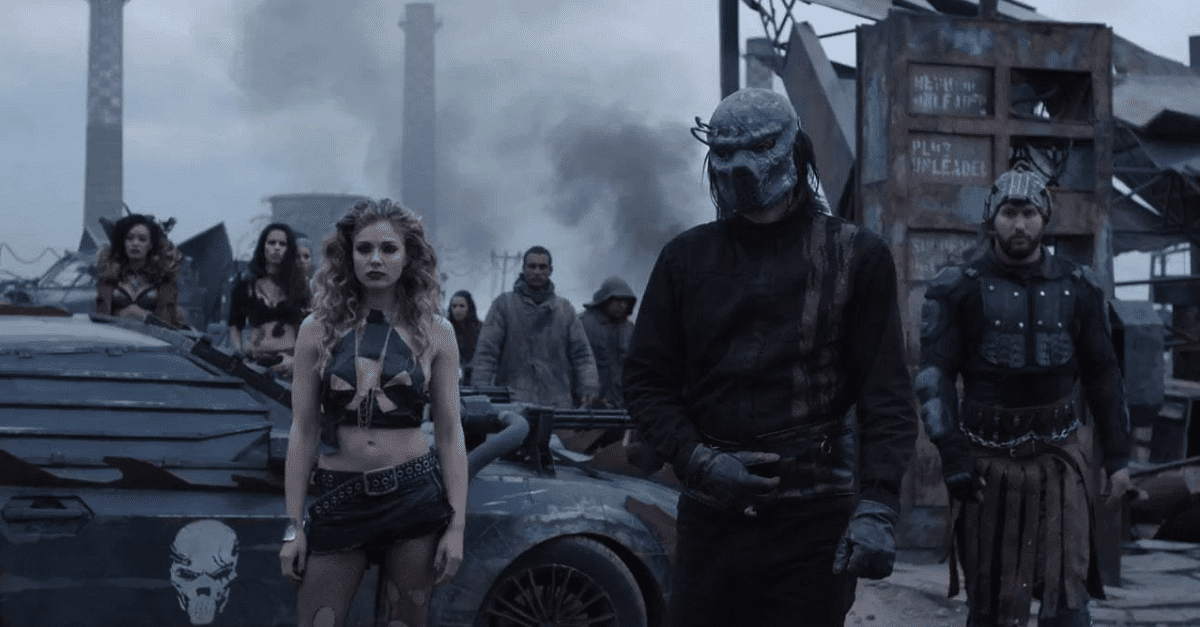 Universal Pictures Home Entertainment’s ‘Death Race: Beyond Anarchy’ arrives on Blu-Ray, DVD, and VOD on October 2nd, and thanks to a new red band trailer, we get to see the pure chaos that is in store for the deadly game of survival that awaits.

Starring Zack McGowan, Danny Glover, Danny Trejo, and Fred Koehler, the film is about, “Danny Trejo returns as the ruthless bookie, Goldberg, in the wildest, bloodiest, Death Race ever. After a failed attack on inmate and legendary driver, Frankenstein, Black Ops specialist Connor Gibson (McGowan) infiltrates a super-maximum federal prison with one goal – enter the immoral and illegal Death Race and take Frankenstein down. Connor enlists the help of Baltimore Bob (Glover) and Lists (Koehler), and unexpectedly falls in love with bartending beauty, Jane (Marzano). Connor will have to fight for more than his life in this brutal world of no guards, no rules, no track, and no fear.”