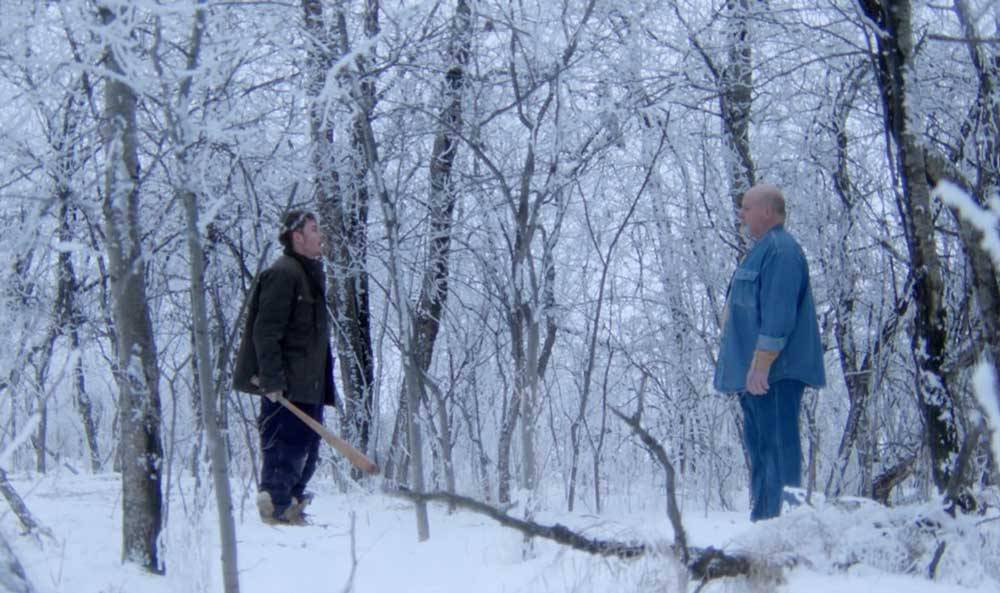 I was pretty excited for the release of ‘Knuckleball’ which seemed to be the perfect twist on the classic ‘Home Alone’ plot, and last week it finally released.

The Michael Peterson film tells the story of, “left alone on an isolated farm, a 12-year-old boy must fight for his life when he becomes the target of a crazed psychopath.”, and stars Munro Chambers, Michael Ironside, Kathleen Munroe, Drew Nelson, and Luca Villacis.

While the film is strong, the lack of any true teeth from Dixon (Chambers) as he tries to hunt and kill Henry (Villacis) really hurts the overall tale of the film. It’s as though the film was too scared to allow Dixon to really hurt Henry, beyond a couple of scratches, in moments that were perfectly setup for more sensible damage. For Henry to walk away from the ordeal practically unharmed really hurt the story’s realness, in my opinion, and maybe a bit more damage, more in line with the unfolding events, could have had a greater impact.

While many films have laid claim to being a “horror version” of the Home Alone tale, this movie really captured it, and the setting of a frozen farm out in the middle of nowhere provides a perfect backdrop for an isolated tale of horror. And, despite it’s lone flaw, the film delivers a good pace, solid acting, and plenty of problematic moments that pit Henry and Dixon one-on-one, and perfectly illustrate the root of Dixon’s psychotic break and motive for targeting Henry in the way that he does.

The pacing allows perfect story building and character development, and the chemistry between Chambers and Villacis really comes through as they play a deadly game of cat and mouse.