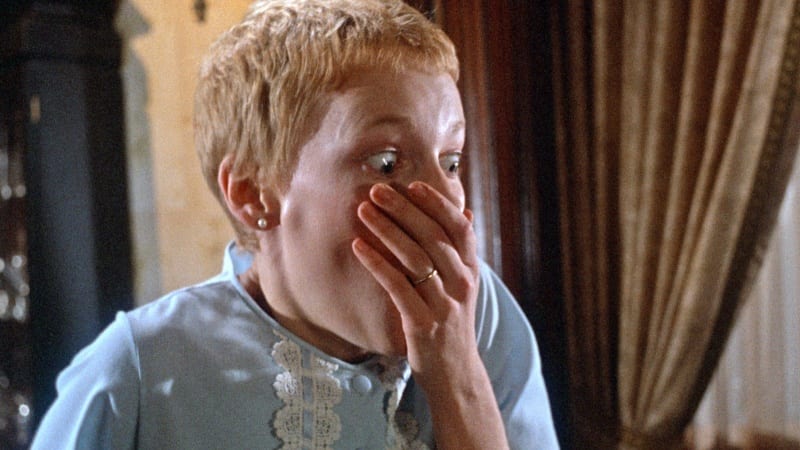 A Red Band trailer has dropped and it is celebrating the 50th anniversary of the iconic horror film ‘Rosemary’s Baby’, which is currently available on Apple iTunes and other digital platforms, and is also available on PrayForRosemarysBaby.com.

‘Celebrate the 50th anniversary of the film that birthed a chilling new direction in horror. From Ira Levin’s best-selling novel, Rosemary’s Baby tells the story of a young newlywed couple who are expecting their first child. Like most first-time mothers, Rosemary (Mia Farrow) experiences confusion and fear. Her husband (John Cassavetes), an ambitious but unsuccessful actor, makes a pact with the Devil that promises to send his career skyward. The performances are extraordinary, notably Ruth Gordon’s Oscar-winning performance as an oversolicitous next-door neighbor.’