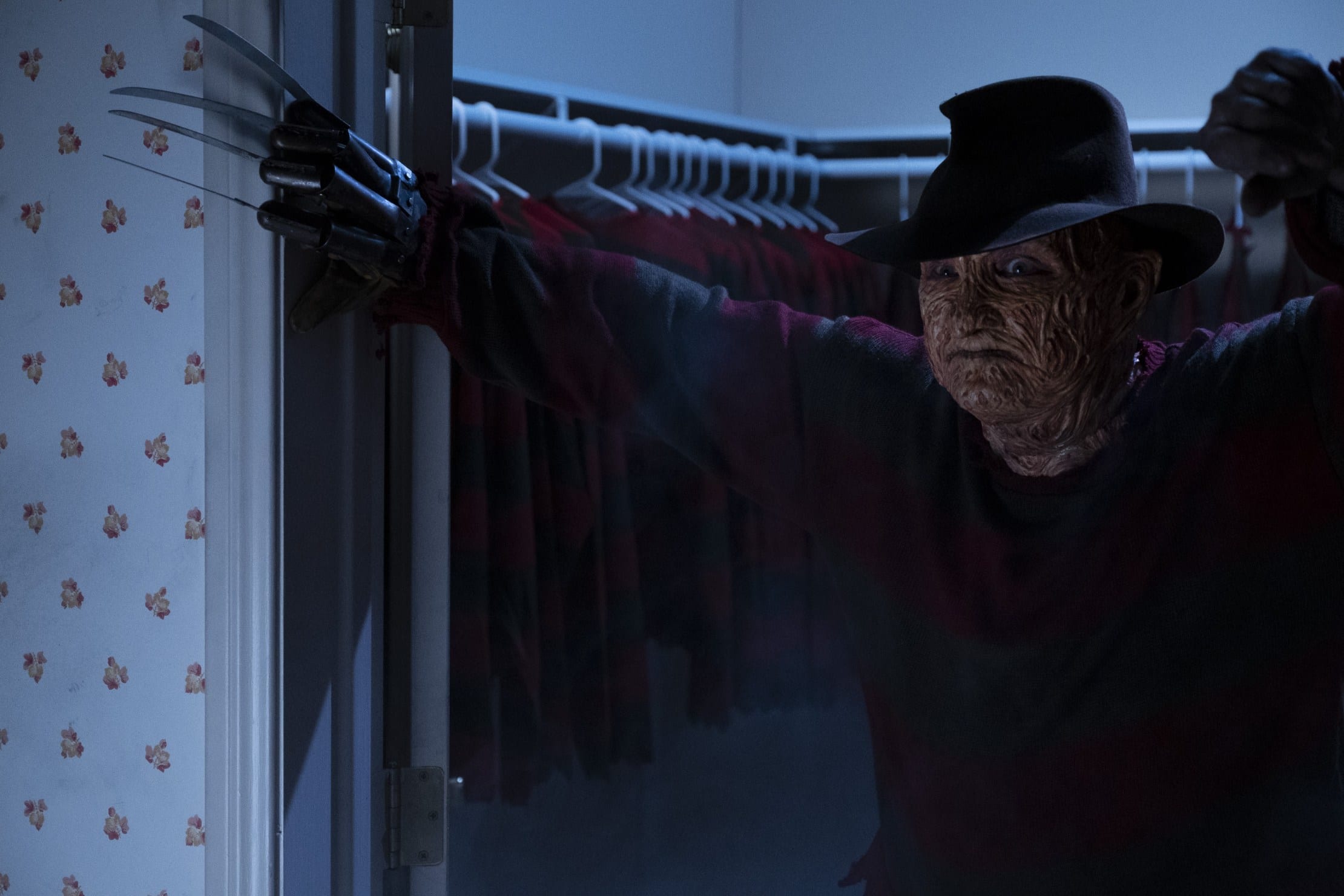 THE GOLDBERGS - "Mister Knifey-Hands" - Despite Beverly's wishes, Jackie's parents allow Adam to watch "A Nightmare on Elm Street" and a disagreement between the families ensues. But Beverly dreams of facing off with horror icon Freddy Krueger (guest star Robert Englund), which teaches her an important lesson about her son's relationship with Jackie. Meanwhile, Erica realizes she's not as popular as she once was when she starts hanging out at William Penn Academy, despite the fact she's no longer a student there, on the Halloween episode of "The Goldbergs," WEDNESDAY, OCT. 24 (8:00-8:30 p.m. EDT), on The ABC Television Network. (ABC/John Fleenor) ROBERT ENGLUND

Robert Englund’s recent appearance on Wednesday’s upcoming Halloween episode ‘The Goldbergs’ as the iconic horror slasher Freddy Krueger may have inspired him to don the knifed gloves for a feature film once again, which is great news for fans of the ‘A Nightmare on Elm Street’ franchise.

Englund has been saying that he’ll never be playing Freddy Krueger on screen again, but the recent episode of the Goldbergs shows him back in his iconic role.

“I’ve been very protective of the character for years … I said no to [series creator] Adam [Goldberg],” Englund said, according to the New York Post. “And then he sent me probably the most beautiful fan letter I ever received, telling me how much A Nightmare on Elm Street 3: Dream Warriors meant to him. And then I started thinking about my fans, how it dovetails with the ’80s experience and this sort of retro memory play that The Goldbergs is about.”

“Freddy’s been absorbed by popular culture” Englund stated. “There’s Hello Kitty decals now. He’s been on The Simpsons, South Park, Family Guy, Rick and Morty. He’s in comic books. He’s everywhere with action figures and dolls and stuff, late-night talk show punch lines. It’s like Frankenstein now: he’s just a by-word, a logo for the memory of an experience. So I was able to kind of make peace.”

Freddy’s got jokes! See him invade some nightmares Wednesday on #TheGoldbergs! pic.twitter.com/rjlBt2K6XE