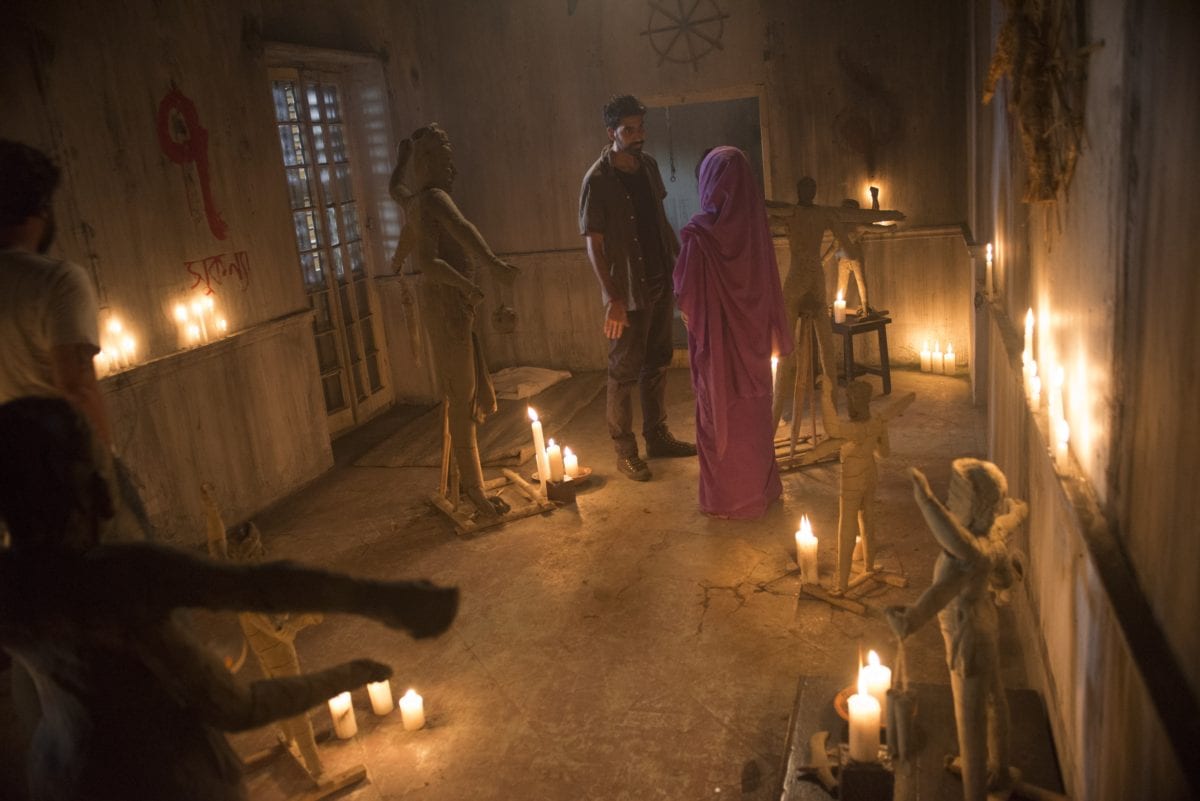 Thanks to Bloody Disgusting, an official trailer has finally dropped for Neil Biswas’ ‘Darkness Visible’, which will have a limited run in theaters but will arrive on VOD on February 8th.

“London-raised Ronnie is distraught when his mother, Suleka, suddenly goes missing and then mysteriously turns up in a Kolkata hospital. Ronnie follows, discovering an extended family his mother never talked about, and a strange feeling stirring inside him as he visits his “homeland” for the first time. Before Ronnie can unravel what brought her to India, Suleka dies in an apparent ritual killing, with more deaths pointing to a series of past murders that stopped 28 years ago when Suleka left India with baby Ronnie. As the darkness within Ronnie grows and the murders reach their zenith, all roads lead to the feared witch of Kolkata’s insane asylum – Rakhee.”