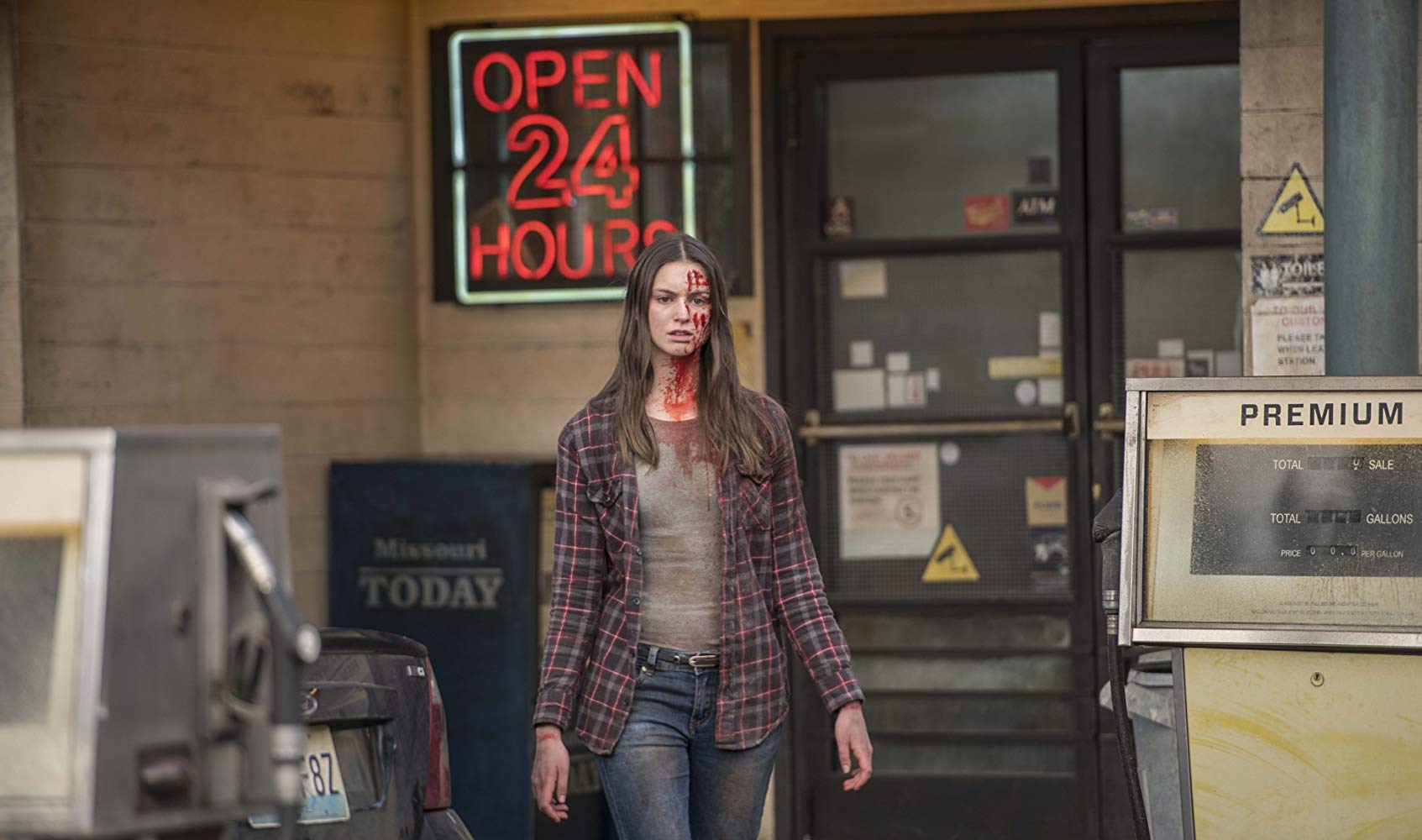 Last year we talked about ‘Open 24 Hours’ which caught my attention for what seemed like a solid slasher flick.

“A paranoid delusional woman, Mary White (Vanessa Grasse), has just been released from a mental hospital for setting her serial killer boyfriend on fire. Her boyfriend, James Lincoln Fields is brutal serial killer known as The Rain Ripper. After being released from the Hospital, Mary’s vulnerable demeanor aids her in obtaining employment at an all-night gas station. However, left alone to her own devices, her paranoia and hallucinations return with furious consequences.”