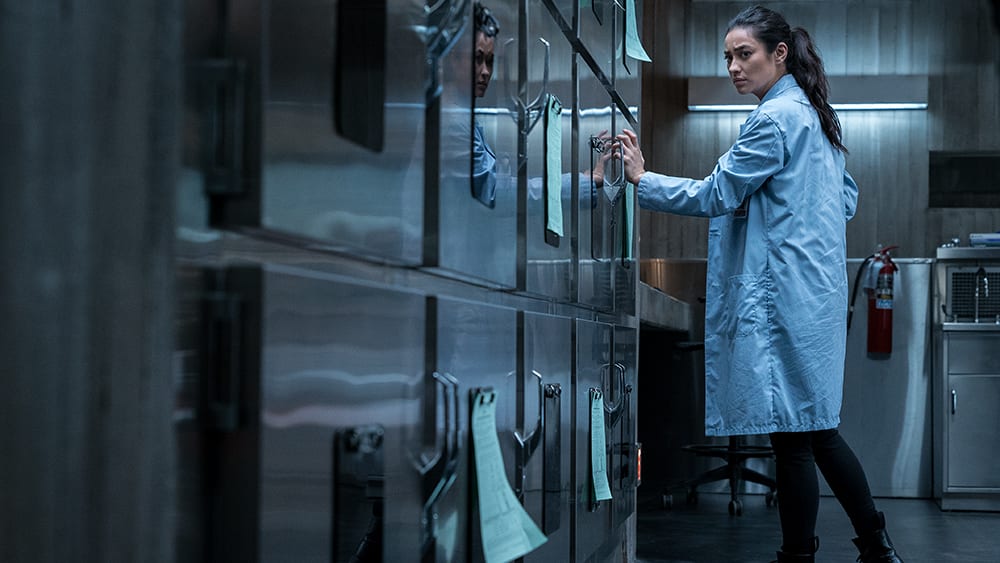 Megan (Shay Mitchell) realizes that something is not right in Hanna Grace's cadaver drawer in Screen Gems' THE POSSESSION OF HANNAH GRACE.

‘The Possession of Hannah Grace’ has officially arrived on VOD platforms and it stars Shay Mitchell who plays a cop, fresh out of rehab, who takes a graveyard shift in a city hospital morgue.

Naturally, this can’t go well. According to the synopis; “A shocking exorcism spirals out of control, claiming the life of a young woman. Months later, morgue worker Megan Reed takes delivery of a disfigured cadaver during the graveyard shift. Locked inside the basement corridors, Megan’s horrifying visions soon lead her to believe that the body is possessed by a demonic force.”

In this article:Shay Mitchell, The Possession of Hannah Grace