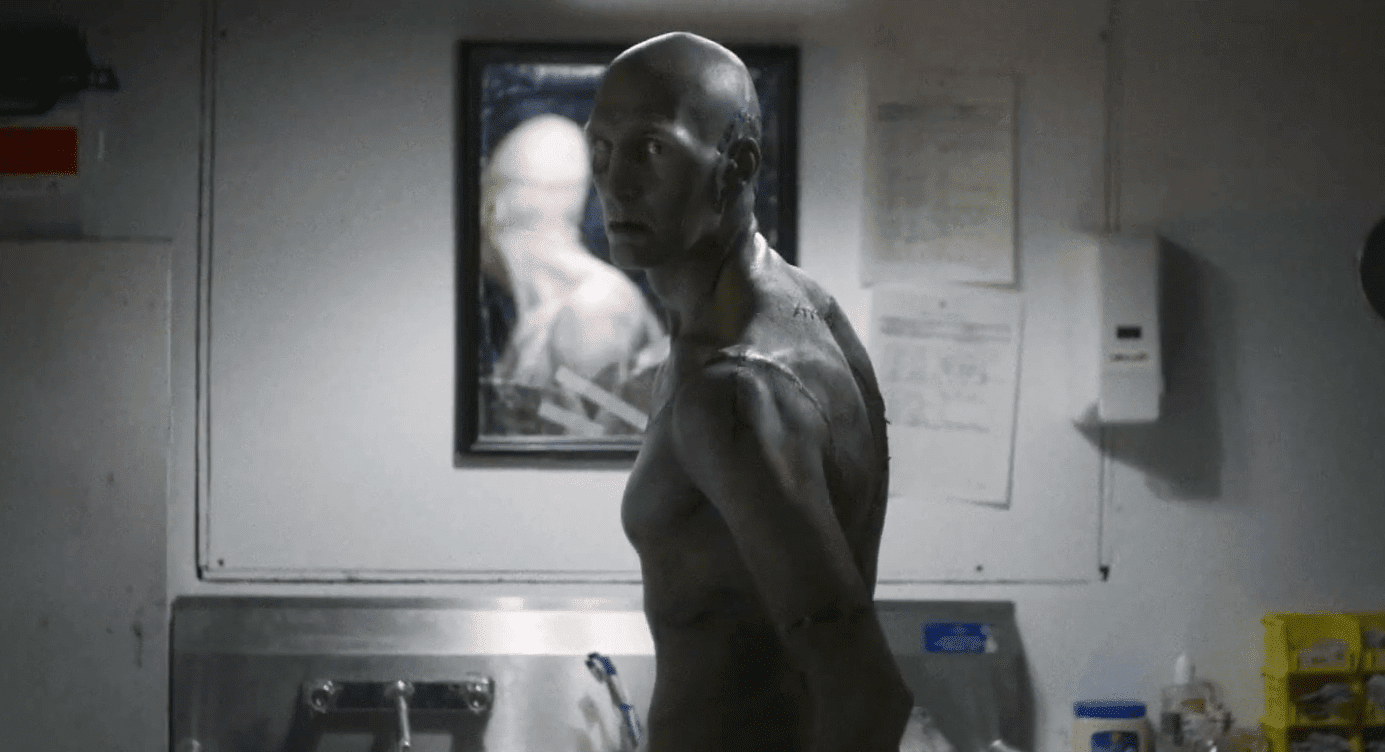 This year marks the 200th anniversary of Mary Shelly’s ‘Frankenstein’ and it provides no better time for a new build-a-monster movie than now, and ‘Depraved’ is taking advantage of the momentous occasion.

Larry Fessenden’s film arrives on March 20th, as part of the What the Fest?!

“Alex (Owen Campbell) leaves his girlfriend Lucy (Chloë Levine) after an emotional night, walking the streets alone to get home. From out of nowhere, he is stabbed in a frenzied attack, with the life draining out of him. He awakes to find he is the brain in a body he does not recognize. This creature, Adam (Alex Breaux), has been brought into consciousness by Henry (David Call), a brilliant field surgeon suffering from PTSD after two tours in the Mideast, and his accomplice Polidori (Joshua Leonard), a predator determined to cash in on the experiment that brought Adam to life. Henry is increasingly consumed with remorse over what he’s done and when Adam finally discovers a video documenting his own origin, he goes on a rampage that reverberates through the group and tragedy befalls them all.”