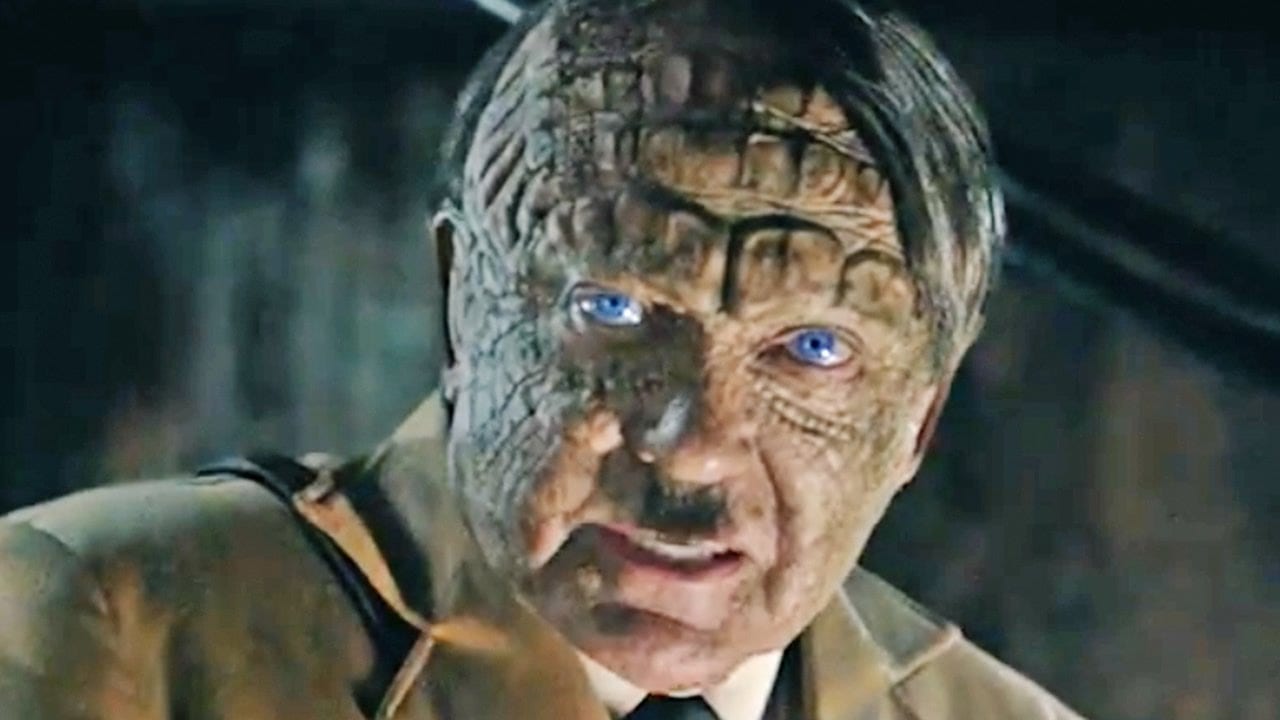 A trailer for the upcoming sci-fi thriller ‘Iron Sky: The Coming Race’ has arrived and it gives fans a glimpse into the crazy looking field that features zombies, Nazis, and even Tom Green, remember him?

Lara Rossi, Tom Green, Vladimir Burlakov, Kit Dale and Udo Kier star in the film that is set to arrive on July 19th.

“Earth was devastated by a nuclear war but buried deep under the wasteland lies a power that could save the last of humanity – or destroy it once and for all. The truth behind the creation of mankind will be revealed when an old enemy leads our heroes on an adventure into the Hollow Earth. To save humanity they must fight the Vril, an ancient shapeshifting reptilian race, and their army of dinosaurs.”

In this article:Iron Sky: The Coming Race