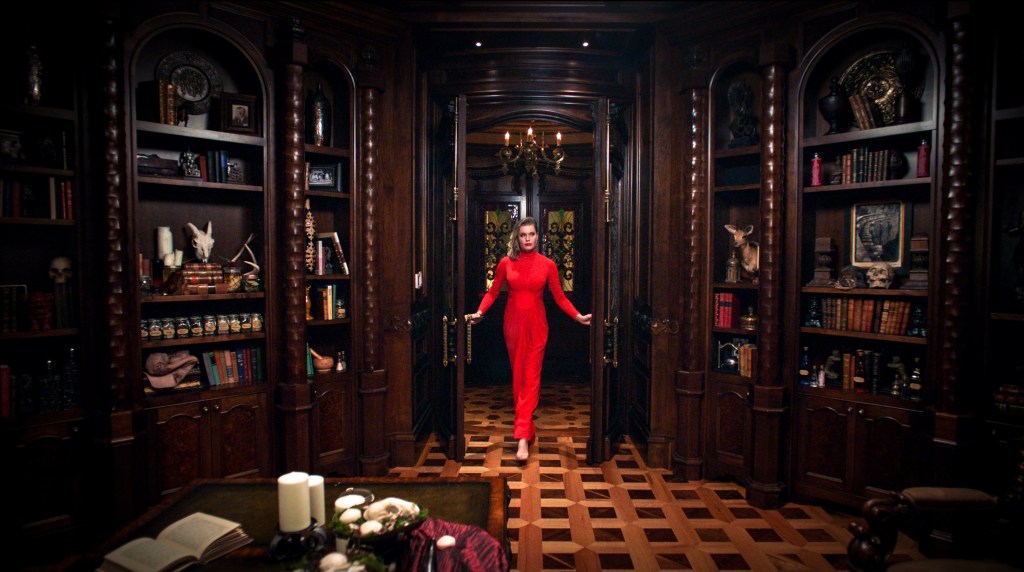 RLJE Films is getting set to release it’s horror/comedy ‘Satanic Panic’, which arrives in limited theaters and VOD on September 6th, 2019.

To promote the film’s arrival, a brand new trailer has arrived, courtesy of Collider.

According to the synopsis: “Times are tough for Sam. Already a cancer survivor at twenty-two, she eeks out a meager existence delivering pizza for minimum wage—and minimum tips—while dealing with an exploitative boss and obnoxious coworkers. When the final delivery of the night promises to take her to a wealthy neighborhood with the chance of a healthy tip, she takes the opportunity to make up for an unprofitable shift. What begins as a quest for cash ends up as a quest for survival, though, when it turns out her customers aren’t who she’s used to delivering to. Instead, they’re a Satanic cult of a very different color: high-society elites for whom worshipping the Dark Lord coexists with country clubs and casseroles.“