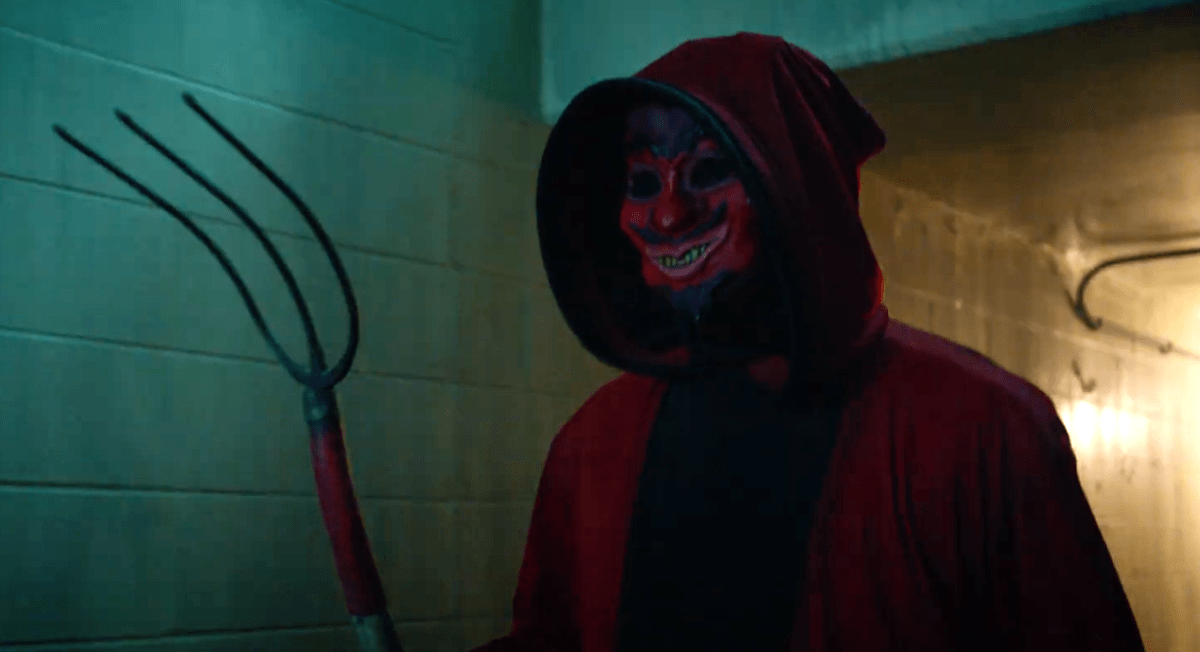 ‘Haunt’, which is a new film produced by Eli Roth and directed by Scott Beck and Bryan Woods, the writing team behind ‘A Quiet Place’, has dropped a new trailer ahead of it’s arrival.

‘Haunt’ is set to make it’s world premier at Popcorn Frights, and will head to theaters on September 13th.

According to the synopsis: “On Halloween, a group of friends encounter an “extreme” haunted house that promises to feed on their darkest fears. The night turns deadly as they come to the horrifying realization that some monsters are real.”