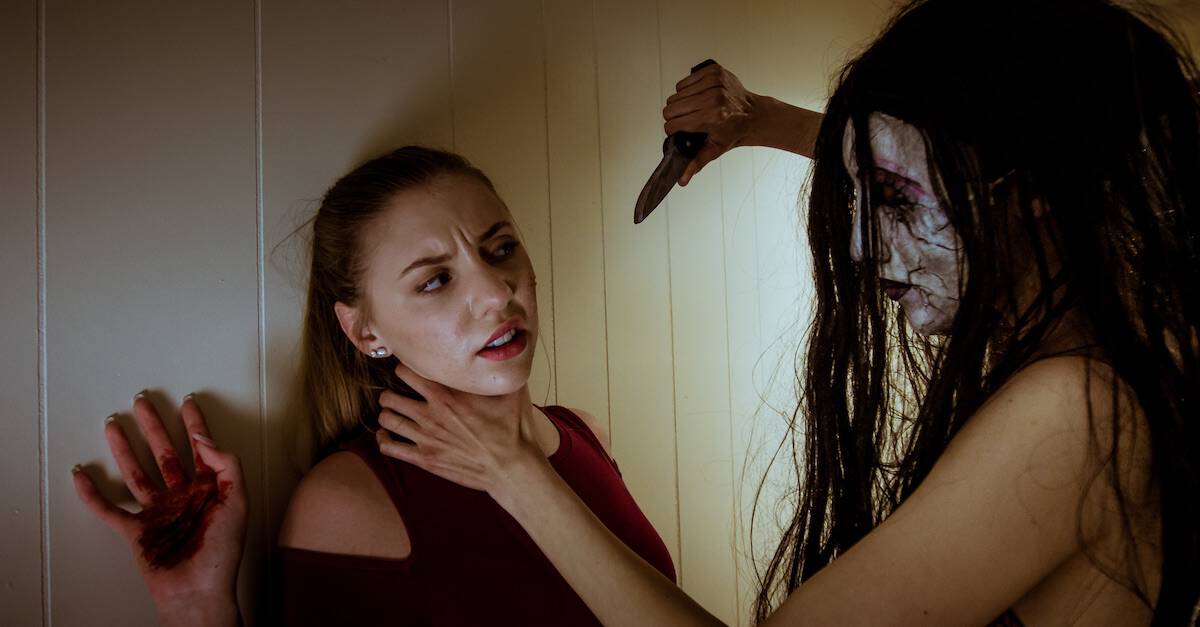 According to the synopsis: “On Christmas Eve, a woman enters a curiosity shop looking for a last minute gift. There, she meets a mysterious shopkeeper (Combs) who tells her the horrific stories behind four objects in the shop. As he weaves tales of killer dolls, witches and psycho Santas, the woman senses she might be in danger. She has until midnight to choose her gift, but will she choose wisely?”