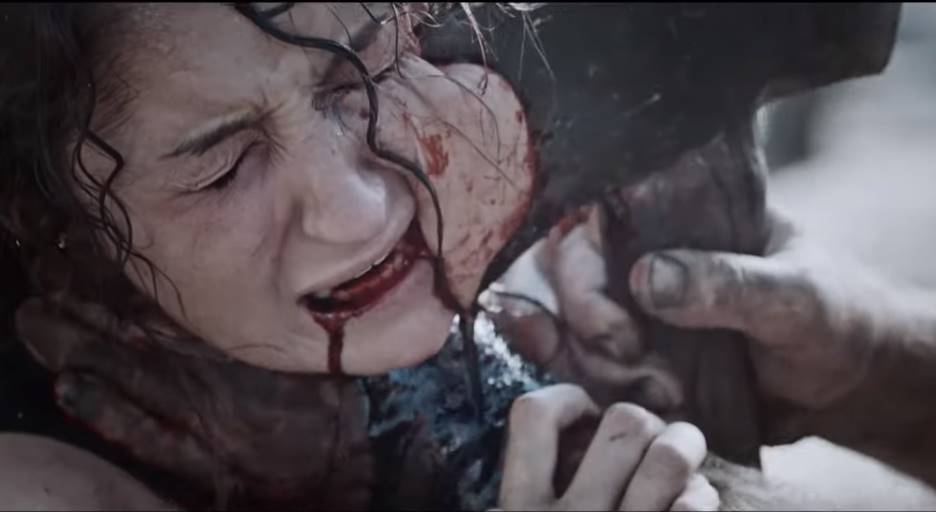 Shudder is stepping up their game for the Halloween season, and their new film Tony D’Aquino’s ‘The Furies’ may be one of their most interesting offerings yet.

Kidnapped and afraid, a woman finds herself fighting to stay alive as an unwilling participant in a deadly game where women are hunted by masked men, but the story goes much deeper than that generalized synopsis.

Kayla (Airlie Dodds) suffers from epilepsy and after an argument with her friend Maddie, is abducted, experimented on, and placed in a box left in the middle of the woods.

When Kayla awakens, she realizes she is in the middle of nowhere, but happens to connect with others girls in a similar hell, and the story of ‘The Furies’ starts to unfold.

Essentially, each of the girls are in a highly-orchestrated deadly game of survival, where death seems undeniable.

While The Furies packs on the gore with some impressive, toe curling, death scenes, the story is so fractured that is lost my attention several times as the film progressed. While it does offer a few surprising, creative wrinkles, it isn’t enough to make the film anything to write home about.

Fright Nerd Score
62 frights
0 Users (0 votes)
Summary
While The Furies packs on the gore with some impressive, toe curling, death scenes, the story is so fractured that is lost my attention several times as the film progressed. While it does offer a few surprising, creative wrinkles, it isn't enough to make the film anything to write home about.
Fright Nerd Score62
What people say... Leave your rating
Sort by:

Check Out the Brutal New Clip from ‘Antlers’

Easily one of the most anticipated horror films for the past 2 years, ‘Antlers’ is set to finally make it’s arrival in theaters on Friday, October 29th, 2021.

Starring Keri Russell, directed by Scott Cooper, and produced by Guillermo del Toro, the film is based on Nick Antosca’s short story “The Quiet Boy”, and a brutal new clip shows what’s in store when the movie arrives later this week.

‘What We Do in the Shadows’ Season 3 Concludes This Week 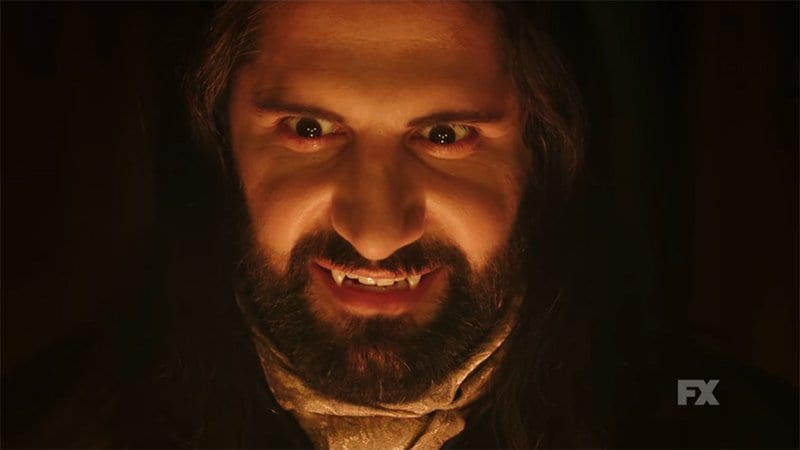 A brand new trailer has arrived for the conclusion of Season 3 of ‘What We Do in the Shadows’, which will land this Thursday, October 28th, and is detailed as “The housemates grieve the loss of one of their own.”

Check out a preview for the new episode, called “The Portrait” below, courtesy of FX.

Earlier this year, directory Jaco Bouwer dropped his horror/drama ‘Gaia’, which just made it’s arrival on the Hulu streaming platform courtesy of XYZ Films, kykNET Films, and Film Initiative Africa, as part of their Huluween celebration.

According to the official rundown: “A park ranger takes shelter with two survivalists after an attack by mysterious creatures in a primordial forest.”

This film bursts with colorful and detailed imagery that cast ominous tones, diverse moods, and illustrates a hallucinogenic environment that is filled with unique creatures, and plantlife that takes on a life of their own.

Gabi (Monique Rockman) ventures into this forest and is immediately interwoven into the troubling dynamic of a father and son survivalist lifestyle. Barend (Carel Nel) is more of a deranged preacher high off the mushroom dust that is part of his “faith”, and demands that his son Stefan (Alex van Dyk) live a life that he determines to be pure – a secluded one away from society, reliant on the forest and the worshiping of the forest God.

Gabi attempts to convince Stefan of a world outside of the forest, one where he can grow, learn, and thrive, despite his father’s constant obsession on their forest life. As Gabi grows closer to Stefan, with oddly sexual undertones, Barend becomes more detached and intensely obsessed with the big tree in the forest which is where he makes his offerings, and is the altar for which he prays.

As the forest creatures continue to threaten, and as the forest slowly infects and kills those it selects, Gabi rushes to help Stefan escape to the outside world.

Fright Nerd Score
65.5 frights
0 Users (0 votes)
Summary
Incredible imagery, and an unsettling tone that really sets the mood for the entire movie. Despite these strengths, Gaia struggles to be nothing more than a scrambled drug-induced "trip" which lacks consistent sense. However, it does enough to deliver a good watch, as long as you can submit to a bit of puzzling storytelling.
Fright Nerd Score65.5
What people say... Leave your rating
Sort by: