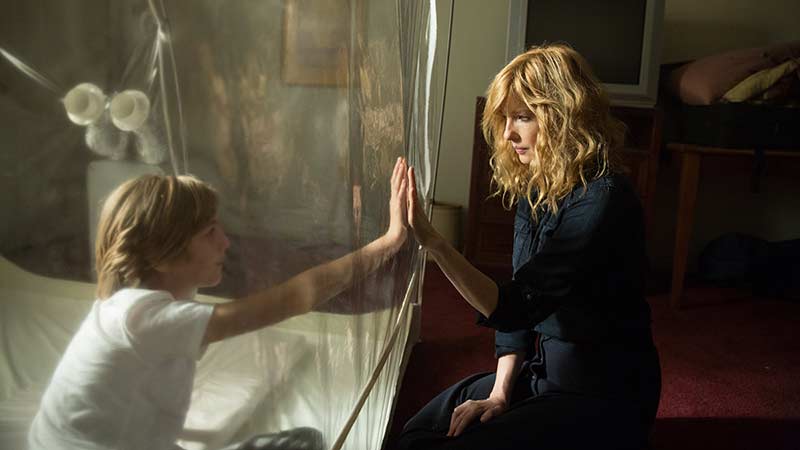 Netflix has been on a roll with their release of original content, and the latest thriller rolled out to the masses of subscribers is Ciarán Foy’s ‘Eli’.

Starring Charlie Shotwell, Lili Taylor, Kelly Reilly and Sadie Sink, the film tells the story of; “A boy becomes trapped in a haunted house while undergoing treatment for a rare disease.”

Eli is stricken with a rare disease which makes him pretty much allergic toi everything. As his parents struggle to find a cure, they come across a method used by Dr. Isabella Horn that promises a cure, the only thing is, Eli will be subjected to unusual, and sometimes brutal, procedures during his stay at the facility, an old mansion.

As Eli’s treatment progresses, so do his visions of the evil dead that haunt the house.

Unfortunately, a proper setup that seems pretty organized falls apart swiftly, as the movie completely unravels due to poor organization and explanation of anything important.

Boasting good performances and what seems like a good base for an intriguing horror tale, Eli falls victim to itself. While the visuals of the ghosts are certainly worth checking out, you finish the film asking what the heck anything meant, rather than ready to suggest it to a friend.

The film relied too heavily on imagery, and a strong cast (which Charlie Shotwell stood out), deviating from any sensible approach to story telling even at it’s most basic form.