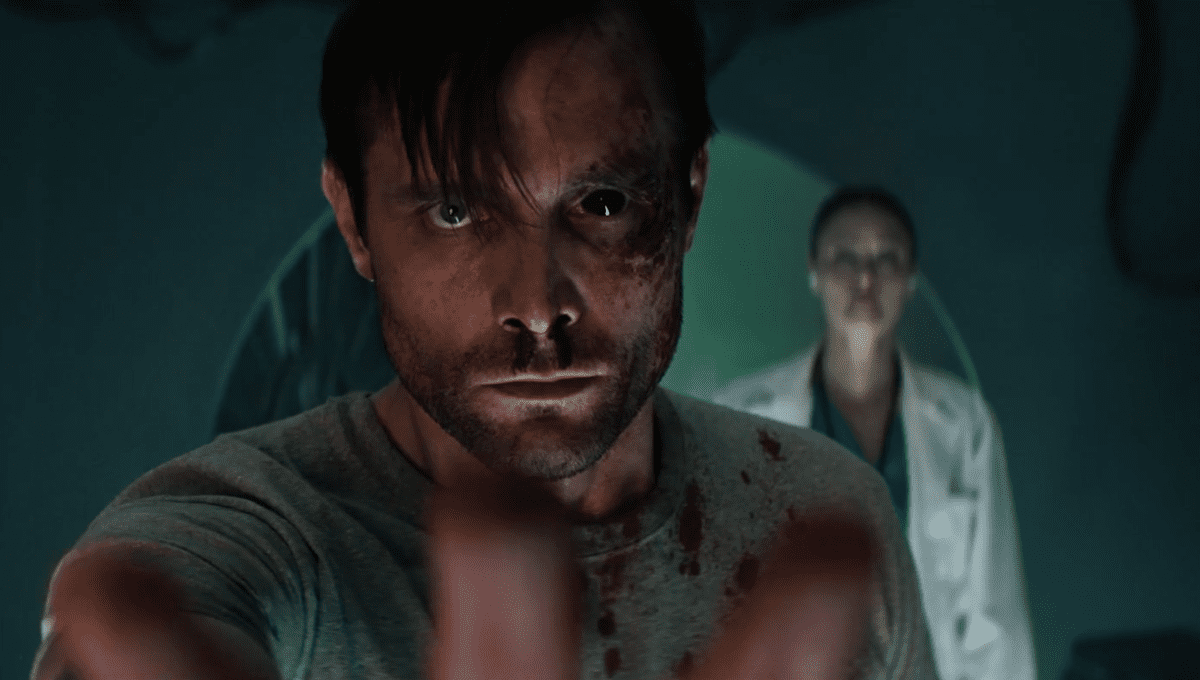 Screen Media is preparing for the release of ‘Portals’, which recently made it’s premier at Beyond Fest, which hits VOD platforms and limited theaters on October 25th.

A brand new clip has arrived to get people amped up for the arrival.

According to the synopsis: “On August 5th 2020, an undisclosed research facility successfully creates the world’s first active black hole…Shortly after a cosmic disruption occurs triggering a series of world-wide blackouts; after which millions of mysterious, reality-altering, Portal-like anomalies appear everywhere and anywhere across the planet. While many flee from the sentient objects, the real terror sets in as people are drawn toward and into them. Portals is a genre-bending anthology featuring three internationally connected stories told from four visionary filmmakers perspective as the cosmic events unfold within the first few days. The action quickly kicks off with our wrap around story following Adam and his family on their way to his mother-in-law’s house during the blackouts and reports of missing persons..during the road trip their SUV barrels directly into an Anomaly that suddenly appears in the middle of a desolate road. He later wakes up in a mysterious hospital suffering from optic nerve damage and is given an experimental eye transplant that links itself directly to the anomalies. With a determination to be reunited with his family; Adam soon discovers the hospital has cosmic secrets of its own. ”

Here is a new clip, courtesy of Blood Disgusting:

‘The Nightingale’ Arrives on Digital This Week