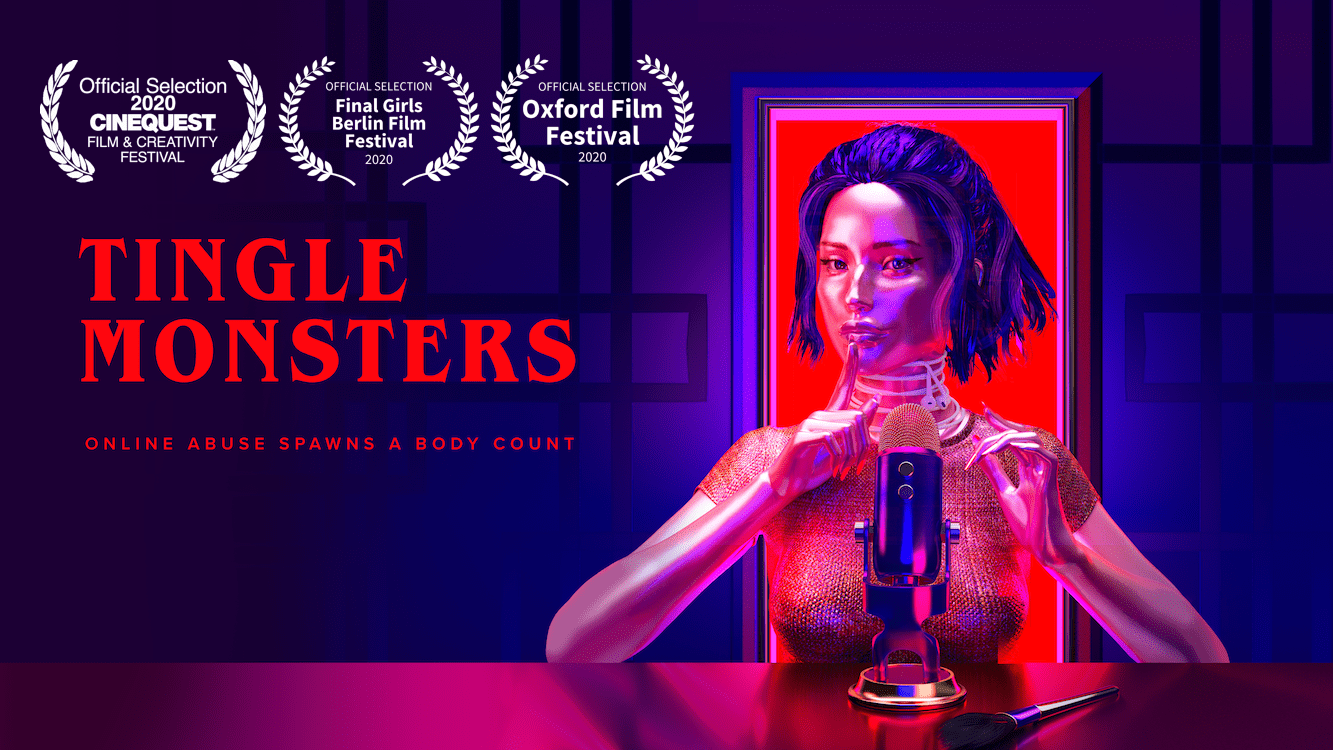 There’s no denying the popularity of a number of twitch streamers who have crafted their twitch channels to stream ASMR, it’s quite the odd phenomena.

But what if ASMR streams were truly deadly?

‘Tingle Monsters’ written and directed by Alexandra Serio, is a short film that is calling itself “the world’s first ASMR horror film.”

According to Bloody Disgusting: “Using the vehicle of an ASMR live stream, “Tingle Monsters” shows how what people say and think about women affects their real-world treatment. Audiences will witness the consequences of harassment turn dangerous both on-screen and off as her fans, who are watching it unfold from their own screens, comment live.”