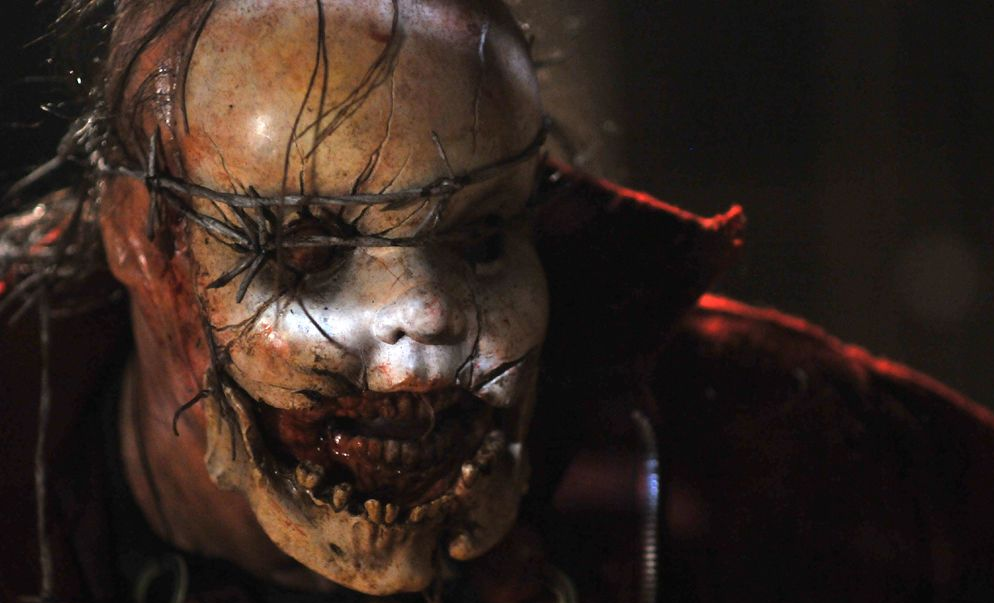 A bit of gore can certainly help time pass as you quarantine and a new trailer for ‘The Hills Run Red’ that hypes it’s arrival on Blu-Ray promises plenty of that.

Arriving on June 16th, the film is about: “You heard the story. The one about the goriest, bloodiest splatter flick ever, the one made in the ‘80s but mysteriously lost. Flash forward to now: Young cinema buffs search for the secret location where the movie was shot, hoping to find the film. What they find is that the goriest, bloodiest splatter flick ever is more than a movie. It’s real. And it’s happening to them. The Hills Run Red vaults into a whole new level of horror as the terrified interlopers confront a demented killer who covers his hacked-up face with a baby doll mask. Wait, Babyface is just a character from the movie, right? Wrong. He’s alive. He’s waiting. He’s thrilled to meet fans who will die – slowly, gruesomely, shockingly – for his art.”

You can check out the trailer, courtesy of Bloody Disgusting, below:

In this article:The Hills Run Red