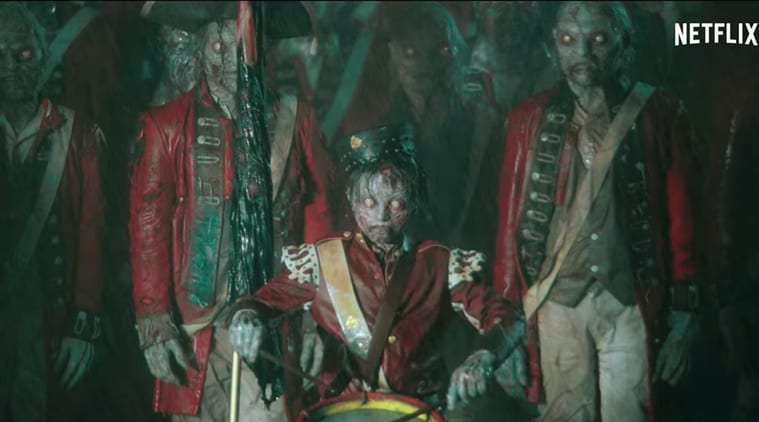 Building off the success of ‘Ghoul’, Netflix is bringing a new zombie series to their streaming platform via Blumhouse Television, SK Global Entertainment, and Red Chillies Entertainment.

‘Betaal’ is a horror-thriller series that will make it’s official debut on Netflix on May 24th, and tells the story of:

“The story is set in a remote village, which quickly becomes the arena of a breathless battle when a two-century-old East India Company Colonel, infected with the Betaal‘s curse, and his battalion of blood-thirsty zombie redcoats are released from their tomb – attacking anything with a pulse. With the CIPD (Counter Insurgency Police Department) forces pitted against the undead army, hapless civilians are trapped in a gripping, edge-of-your-seat conflict.”