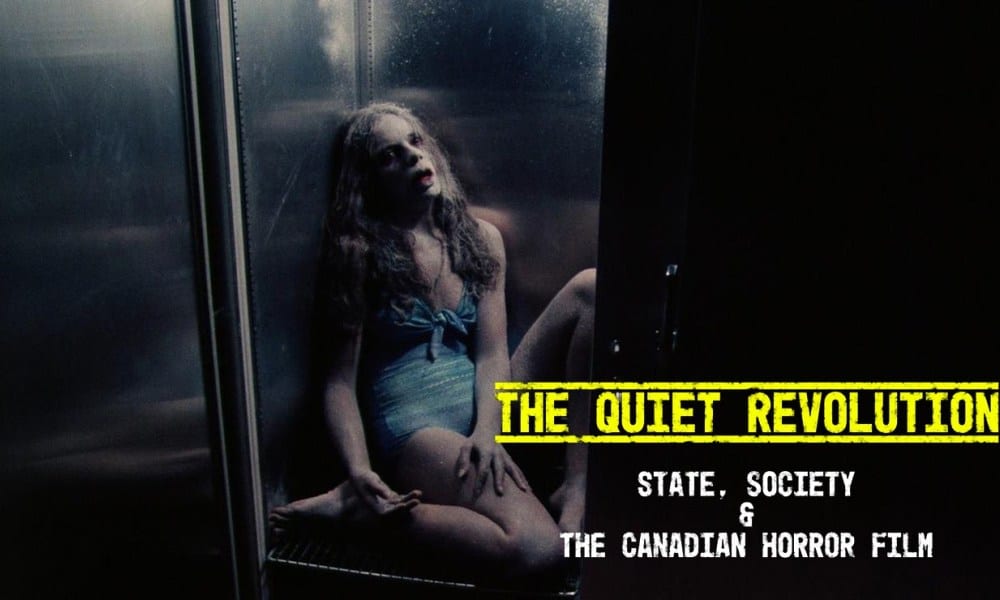 411 Films and Cine-excess is gearing up for a festival run of their documentary ‘The Quiet Revolution: State, Society and the Canadian Horror Film’.

According the rundown; “The Quiet Revolution considers how social, political and cultural tensions within differing Canadian territories have shaped national horror film traditions from the 1960s until the present day,” explains the press release. “The first part of the documentary considers the social transitions in 1960s and 1970s Quebecois culture that influenced a new range of controversial horror productions and sub-genres pioneered by filmmakers such as David Cronenberg (Shivers, Rabid, The Brood, Scanners, Videodrome) and William Fruet (The House by the Lake, Spasms, Killer Party).

“The documentary also considers the territorial shifts in horror cinema production from Quebec to other regions such as Toronto and Vancouver during the 1990s,” they add. “The documentary concludes by profiling contemporary female directors such as the Soska Sisters (American Mary, Rabid), Nyla Innuksuk (Slash/Back) and Gigi Saul Guerrero (El Gigante, Into the Dark: Culture Shock), whose work challenges the boundaries of gender, sexuality and national identity in Canadian horror cinema.”

‘The Taking of Deborah Logan’ Heads to Blu-Ray This July