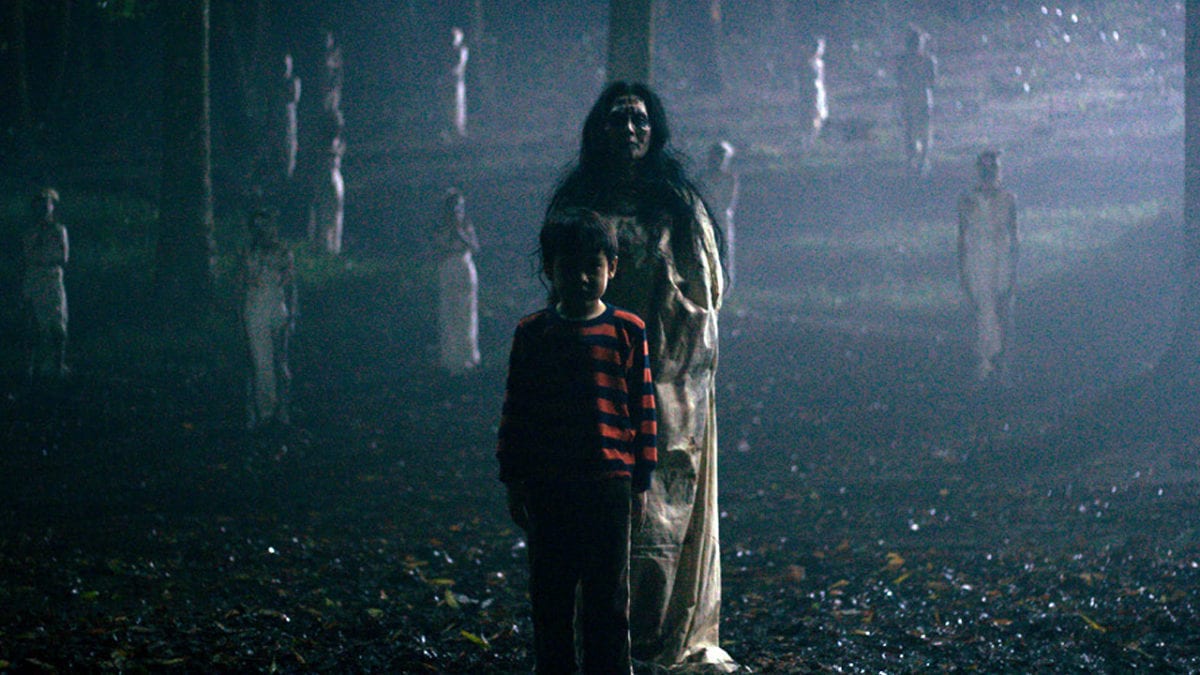 Shudder may be playing the 1908 original Satan’s Salves, and the 2017 remake, on their streaming platform, but RLJE Films has picked up the rights to the Indonesian horror film and will be releasing it on DVD, and Blu Ray, on August 4th.

Written and directed by Joko Anwar the film’s synopsis states: “After Rini’s mother dies from a mysterious illness, her ghost begins to appear throughout the house. Terrorizing the family, she lurks the hallways and calls out to them at night. To protect her little brothers, Rini traces back the roots of the evil and discovers the horrifying truth. Their mother has made a deal with the devil, and she has not returned to visit…she wants to take one of them with her.”