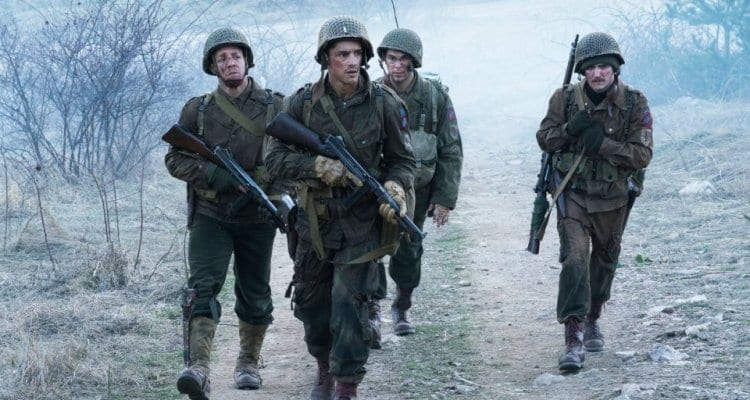 A new clip has been unveiled for Eric Brees’ ‘Ghost of War’ which will arrive on VOD platforms via Vertical Entertainment on July 17th, and for DirecTV subscribers on June 18th.

According to the synopsis: “Ghosts of War follows five battle-hardened American soldiers assigned to hold a French Chateau near the end of World War II. Formerly occupied by the Nazi high command, this respite quickly descends into madness when they encounter a supernatural enemy far more terrifying than anything seen on the battlefield.”

Starring Brenton Thwaites, Kyle Gallner, Alan Ritchson, Billy Zane, and Shaun Toub, you can check out the clip below.