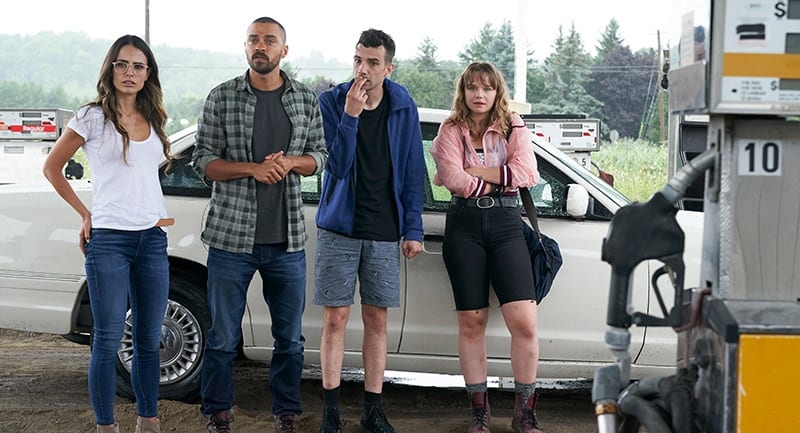 Shudder has dropped a trailer for Jay Baruchel’s slasher ‘Random Acts of Violence’ which is set to arrive later this year following it’s 2019 run at the Fantastic Fest.

According to the synopsis: “Comic book creator Todd Walkley (Jesse Williams), his wife Kathy (Jordana Brewster), assistant Aurora (Niamh Wilson) and best friend, Hard Calibre Comics owner Ezra (Jay Baruchel), embark upon a road trip from Toronto to NYC comic con and bad things start to happen—people start getting killed. It soon becomes clear that a crazed fan is using Todd’s “Slasherman” comic as inspiration for the killings and as the bodies pile up, and Todd’s friends and family become victims themselves, Todd will be forced to take artistic responsibility.”

The film will arrive in theaters and on demand, in Canada, on July 31st before making it’s premier on Shudder on August 20th.

In this article:Jordana Brewster, Niamh Wilson, Random Acts of Violence