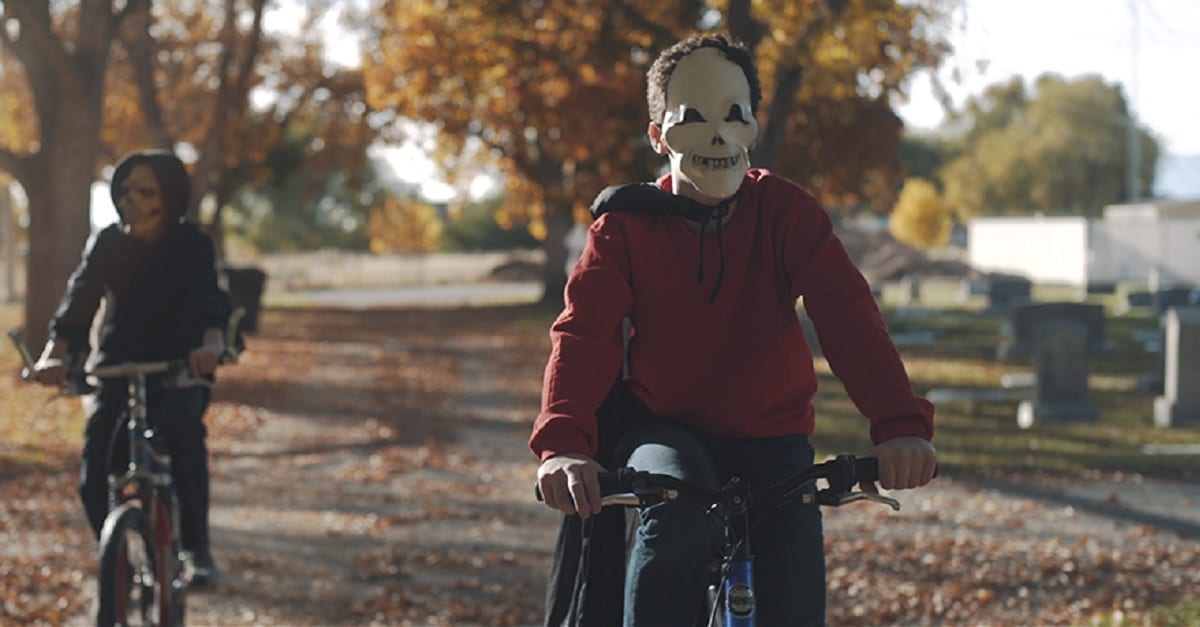 Set to arrive on VOD and Blu-ray/DVD during Halloween season comes a new film from Michael Ballif called ‘They Live Inside Us’ which just dropped their official trailer, via Gravitas Ventures.

Arriving on October 6th and starring James Morris, Emily Broschinsky, Hailey Nebeker and Stevie Dutson, the film is about: “A man takes his daughter to spend Halloween in a notoriously haunted house with the hope of finding inspiration for a new writing project. He quickly realizes he is living in his own horror story.”