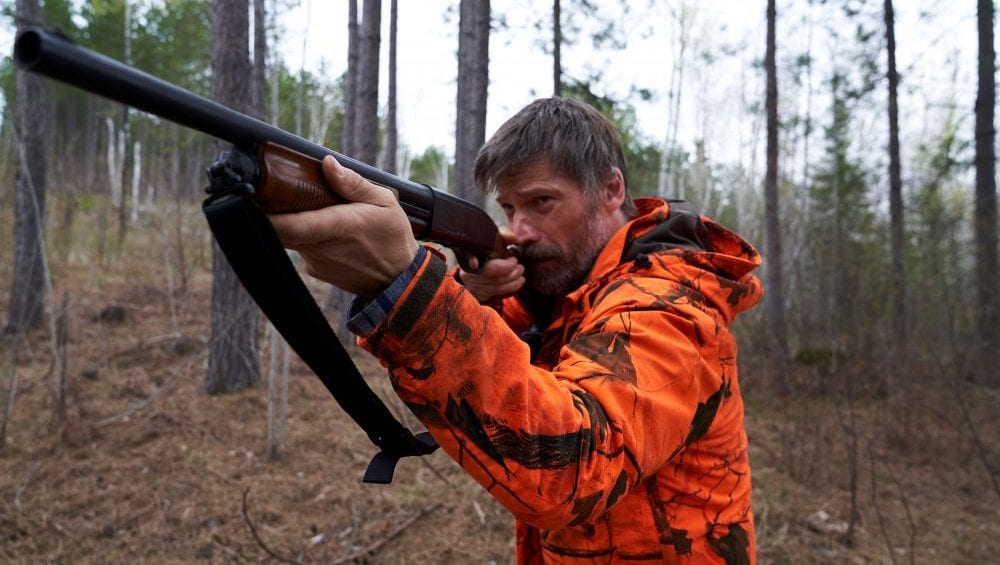 ‘The Silencing’ may not have had the best rating/reviews on Rotten Tomatoes, clocking in with a 15% rating, but I found that rating to be a far cry from my experience with the movie, which may not be full of the traditional horror movie scares, but still offered plenty of thrills.

With a cast led by Nikolaj Coster-Waldau (Game of Thrones) and starring Annabelle Wallis, ‘The Silencing’ is a gritty suspense that unravels an intriguing tale of grief, terror, and personal struggle.

According to the synopsis: “A reformed hunter and a female sheriff get caught in a deadly game of cat and mouse when they set out to track a killer who may have kidnapped his daughter five years earlier.”

Rayburn Swanson (Coster-Waldau) is still grieving the disappearance of his daughter Gwen, and is consumed with depression and alcoholism as he continues his search, reluctantly deals with a divorce, and struggles to come to grips with the likelihood that his daughter is dead.

Swanson, a hunter, is looking over a sanctuary that has banned hunting, but is now the setting for a dangerous, and murderous game of cat and mouse with a serial killer that may have been responsible for Gwen’s disappearance five years earlier.

As Swanson, and his dog, start to track the killer, they are joined by Sheriff Alice Gustafson, who has a number of personal issues herself, and is trying to find her way as a female sheriff in a town that isn’t so accepting.

Swanson and Gustafson reluctantly work with one another, but the layer of distrust over the other, and their ties, adds a palpable tension that grows throughout the movie, and only adds to the mystery unfolding.

Coster-Waldau carries the film, which may be a bit slow-paced to start but picks up the pace towards a distinct conclusion for all.

While it’s hard to call this a horror, it certainly presents a story of terror in many other elements, including their brutal killer on the loose.

Not the bomb that Rotten Tomatoes indicates it is, but certainly worth a watch on a night where you’re looking for some new content to consume, and a good murder mystery to unravel.

Fright Nerd Score
52 frights
0 Users (0 votes)
Summary
While it's hard to call this a horror, it certainly presents a story of terror in many other elements, including their brutal killer on the loose.
Fright Nerd Score52
What people say... Leave your rating
Sort by: